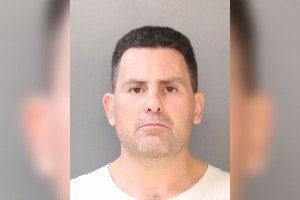 Philadelphia police have announced the arrest of a man who law enforcement officials believe is responsible for at least seven burglaries that occurred in Northeast Philadelphia between Nov. 24 and Nov. 29.

On Dec. 5 at about 11 a.m., police arrested Steven Glemser, 45, of the 10000 block of Harrow Drive, after officers spotted him along Kensington Avenue and Somerset Street and believed he fit the description of a suspect possibly involved in multiple burglaries in the northeast section of the city.

Police said that at that time, officers learned that Glemser had a warrant out for his arrest for a burglary. He has been charged with commercial burglary and related offenses.

According to police, Glemser is suspected of being involved in at least seven break-ins at commercial businesses. In each case, officials said a rock was thrown through the front window to gain access to the business.

Police said the first incident occurred sometime between 11 p.m. on Nov. 21 and 6:30 a.m. the next day. A Little Caesars Pizza at 3250 Red Lion Road was burglarized, officials said.

The third incident that police said they believe Glemser was involved in occurred on Nov. 27 at 3:02 a.m. when the Beijing Restaurant at 3260 Red Lion Road was broken into and burglarized.

Then, sometime between 9 p.m. on Nov. 28 and 6 a.m. the next morning, police said they believe Glemser broke into the BP Gas Station at 9998 Frankford Ave.

And then, on Nov. 29, at about 1:45 a.m., police said they believe Glemser broke into and burglarized the Craft Beer Outlet at 9910 Frankford Ave.

Finally, in two incidents that also occurred on Nov. 29, law enforcement officials said Glemser is believed to have broken into a Betty Brite Cleaners at 9910 Frankfort Ave. at about 1:45 a.m. and, around that same time, it's believed that he broke into the Super Cuts at that same address, but nothing was taken that time.