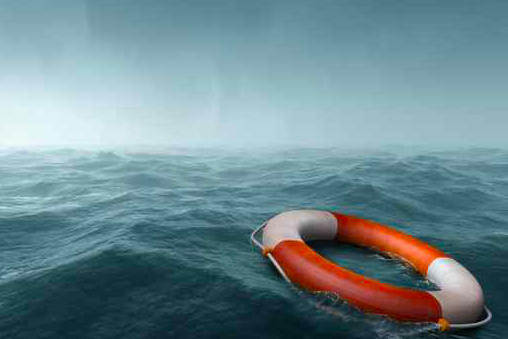 After treading water for a harrowing four hours off the coast of Cape May, a 45-year-old man was rescued by the U.S. Coast Guard early Sunday morning.

At about 10:00 p.m. Saturday night, Coast Guard helicopter and boat crews in Elizabeth City, Atlantic City and Cape May responded to a mayday call from a recreational vessel that reported a man overboard approximately 44 miles east of Cape May, NJ.com reports.

The man, who has not been identified, spent four hours in the water before a container ship located him and sent him a life preserver, enabling the vessel to bring him back on board.

A Coast Guard helicopter from the Atlantic City Air Station then transported the man to Atlanticare Regional Medical Center for treatment.

"The incredible teamwork and coordination between multiple Coast Guard assets and the Maersk Wesport proved vital in locating and medevacing the survivor despite intense thunderstorms and darkness," said Tamara Whalen, a helicopter pilot who flew the case, in a statement. "Each member was critical to insuring the safe return of the survivor to his family."

No details were provided on how the man ended up in the water.