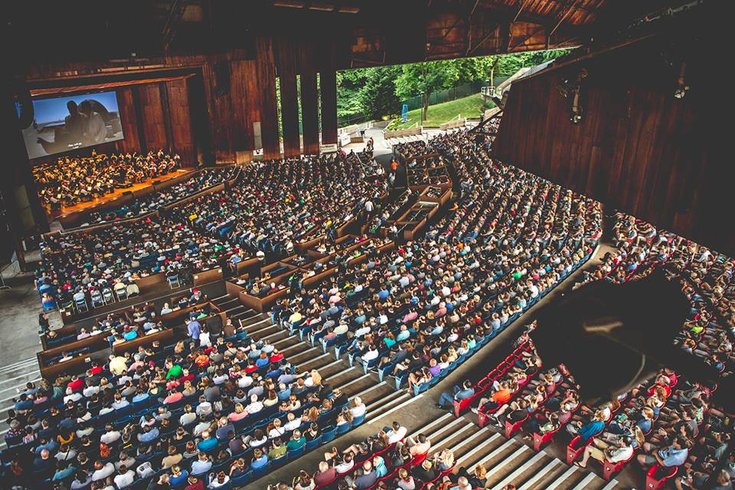 The Mann Center for the Performing Arts/Facebook

The Mann Center for the Performing Arts.

The Mann Center for the Performing Arts, Philly's outdoor stage that dates back to 1976, is in the middle of a makeover, with updates to its pavilion and grounds coming this summer.

The updates are part of the venue's $43.5 million fundraising project that will not only include improvements to the space, but also establish an endowment for education while continuing to secure coveted acts to perform at the venue.

Wolfe Scott Builders & Construction Managers, the developer behind much of the Mann's refresh, has started teasing the upgrades on social media, promising new railing installations in a renovated pavilion, as well as new, more comfortable seating.

Other projects in the Wolfe Scott portfolio include renovations at the University of Pennsylvania and Bryn Mawr College, among other educational institutions, and King of Prussia's Mistral restaurant.

The Mann Center has been part of ongoing upgrades in recent years, including the expanded lawn seating for the second stage which first debuted at the venue during summer 2013. This year's renovations also align with upcoming commencement ceremonies scheduled for May.