Hatched insects may find a home at Academy of Natural Sciences 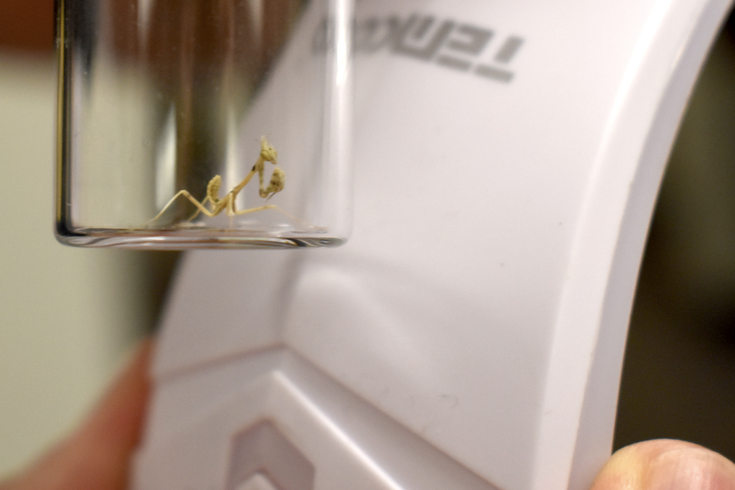 U.S. Customs and Border Protection specialists in Philadelphia found a mantis and three egg sacks inside a computer mouse being shipped to New Hampshire.

Three mantis egg sacks and a live insect were found hidden inside a computer mouse designed for online gaming.

CBP officers made the finding after scanning a parcel destined to an address in New Hampshire on Aug. 7. The scanner detected abnormalities within the mouse, which was shipped from Spain.

Agricultural specialists and inspectors from the U.S. Fish and Wildlife Service determined the sacks belonged to the mantis genus, a classification that includes thousands of species, like the Praying Mantis.

More mantids hatched while in the possession of CBP. The insects were turned over to the Fish and Wildlife Service, which is attempting to place them at the Academy of Natural Sciences museum on the Benjamin Franklin Parkway.

"This seizure illustrates the exceptional inspection capabilities of Customs and Border Protection officers to detect unusual and creative concealment methods to intercept illicit smuggling attempts at our nation’s borders," Casey Durst, CBP’s Director of Field Operations in Baltimore said in a press release.

The egg masses were considered smuggled because they were deliberately concealed inside the computer gaming mouse, a CBP spokesperson said. The incident was "a first" for Philadelphia.

A similar incident occurred in March when several egg masses and species of mantis larvae were discovered inside of Xbox remote controllers in Louisville, Kentucky. 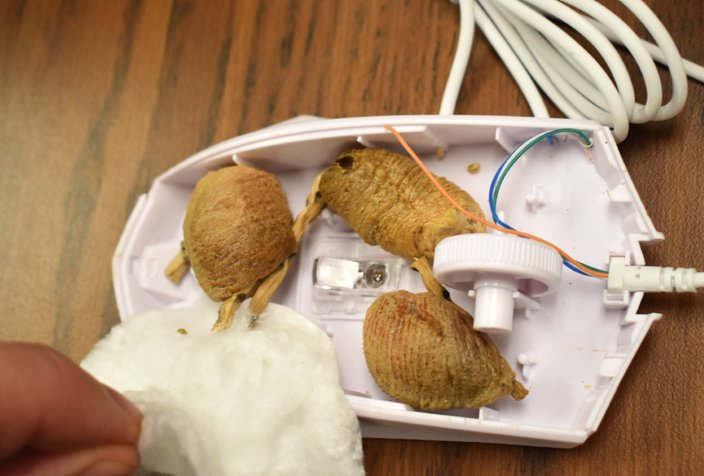 Mantis are present in the U.S. and are not considered an endangered species. Importers can legally ship live insects if they obtain the necessary permit and meet other requirements.

The other two invasive species outcompete the Carolina mantis for food, according to the Brandywine Conservancy. The invasive Chinese Mantis was first introduced to the U.S. in Mt. Airy in 1896.