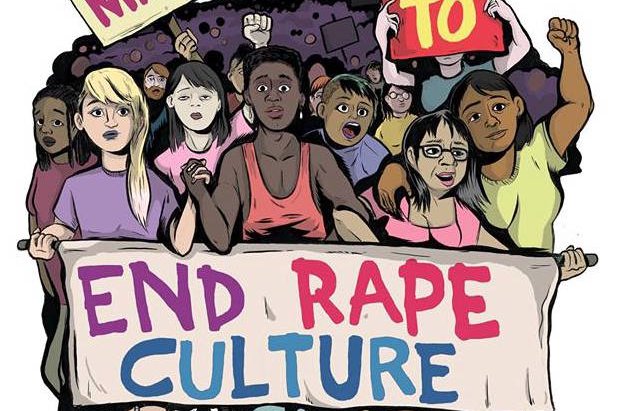 After a news week dominated by the Brett Kavanaugh hearing and Bill Cosby's sentencing, this weekend marks the apropos return of the annual March to End Rape Culture, formerly known as SlutWalk, to Philadelphia.

The event begins Saturday at 11 a.m. in Thomas Paine Plaza and lasts until around 2 p.m. Speakers at the march include members of Galaei, a queer Latinx social justice organization, along with poets Shan-Tay Mercedes Watson and Talia Mingey and activist and filmmaker Nuala Cabral.

Other speakers include members of Philadelphia Urban Creators, a grassroots organization in North Philly focused on farming, as well as speakers from the Coalition to Abolish Death by Incarceration. All speeches will be translated onsite in ASL.

Join us on Saturday, Sep 29th in Philadelphia as we stand in solidarity with The March to End Rape Culture! #MTERC is an event raising awareness about rape culture and its effects across society.
Find more details here: https://t.co/Sw0RGDxW1B pic.twitter.com/LxW8WxUyq7

The march expects to draw many survivors of sexual assault and will offer on-site therapists.

The annual march first came to Philadelphia in 2011, then known as SlutWalk. The concept was born in Toronto after a police officer said during a campus safety forum at York University, "I've been told I'm not supposed to say this – however, women should avoid dressing like sluts in order not to be victimized." A few months after his statement, the inaugural SlutWalk attracted about 3,000 people in Toronto.

The concept spread to cities across the U.S., in large part due to publicity from Philly native Amber Rose, who is hosting a large-scale march in Los Angeles next month. In 2013, Philadelphia organizers rebranded the event as the March to End Rape Culture, stepping away from the SlutWalk name that some found too controversial.

"It is a supportive and empowering place for survivors of rape and abuse across all backgrounds to speak out and be heard," the event description reads.

"(It's) a place for survivors and their advocates to connect with a wide variety of local activists and resource groups."