Maria Bamford: the funniest woman in the world according to Judd Apatow 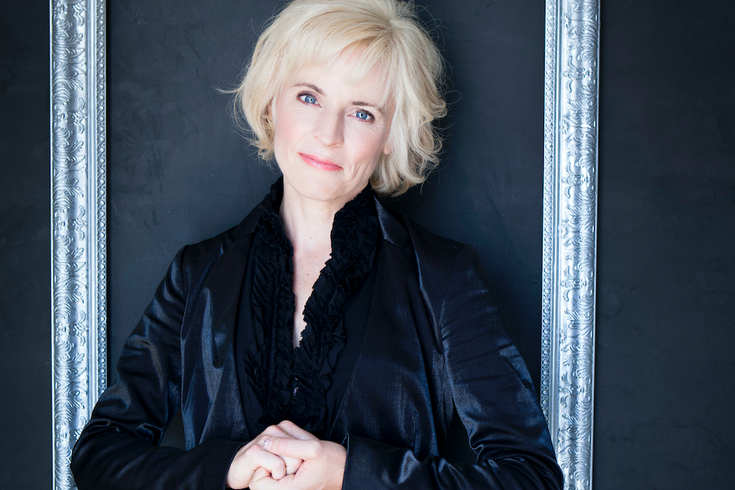 "My life is my material," says comedian Maria Bamford, who appears Friday, Aug. 18 at Musikfest Cafe in Bethlehem.

There is nothing that annoys comic Lewis Black more than when people tell him that they don't understand why his iconic friend Robin Williams killed himself.

"It drives me nuts," Black said.

"I've heard, 'Well, Robin had all of that money. How could he have done that?'

What they don't understand is how bipolar people feel. They can't get inside of a person's body who is going through some complex stuff."

Like Williams, Maria Bamford is a comic who suffers from bipolar disorder and has been plagued by suicidal thoughts throughout much of her life. The quirky comic-actress has used her Netflix series, "Lady Dynamite," and her stand-up to deal comically with her disorder.

"It's cathartic and hopefully funny," Bamford said while calling from her Los Angeles home.

Bamford, 46, revealed that she first thought about taking her life as a pre-pubescent while coming of age in Minneapolis.

“Suicide entered my mind many times as a child when I was 10 and through adulthood, so I have talked about some mental health issues, but I’m not the first comic to do that on stage.”

Such old school comics as the late Jonathan Winters and Richard Lewis have mined great material from their mental troubles. The latter’s biography, The Other Great Depression, is both hilarious and revealing.

“As a comic, you go with what you have,” Bamford said. “I love what Samantha Bee and John Oliver do with their investigative-reporting comedy. It’s hilarious and useful. I’m not very good at that kind of humor.”

Bamford, who appeared in the revered TV show, "Arrested Development," and such films as "Stuart Little 2" and "Heckler," doesn’t need to worry about that type of comedy. She has plenty of personal material to deliver.

“You write what you know is what they say, right?,” Bamford said. “That’s what I do. I have some experience to draw from and I think a lot of it is funny. My life is my material.”

“Lady Dynamite,” which will be back for a second season in autumn, is loosely based on Bamford’s own experiences. The show follows Bamford trying to reestablish herself in Hollywood after being institutionalized.

"I'm excited about the show coming back," she said. "It's different than anything else you'll see, but you can say the same thing about my stand-up. It all comes from my perspective."

Acclaimed director Judd Apatow (“Freaks and Geeks,” “Funny People,” “This is 40”) has stated that Bamford is the funniest woman in the world.

“You can’t get much higher praise than that,” Bamford said. “I’m honored. It’s great to be recognized and it’s also great to do something that you absolutely love to do every day. I think that’s part of the key to being happy. That, and for me, having a mood stabilizer.”