Holiday classics make up the majority of top five songs for the week of Jan. 4 — a first in pop history 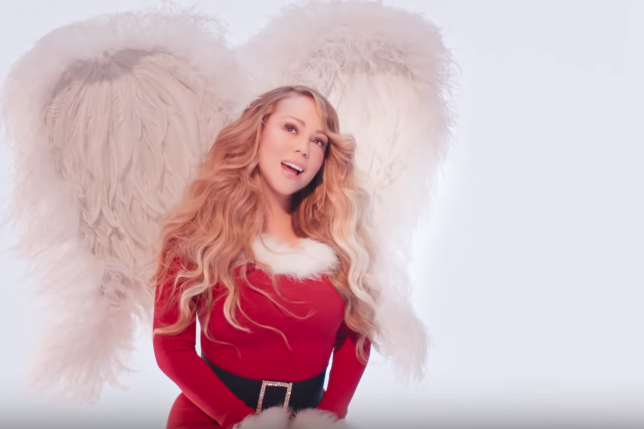 Mariah Carey is the first artist to have a No. 1 hit in four decades. She has earned a total of 19 No. 1 hits — falling just one single behind The Beatles' 20 No. 1 hit record.

It looks like people were really feeling the Christmas music this year, even more so than prior years, because the Billboard Hot 100 has never seen so many charted holiday songs in its history.

Holiday tunes occupied the first four positions of the top five for the week of Jan. 4, including Mariah Carey's "All I Want for Christmas is You."

The song earned the No. 1 spot for the third week in a row, making her the first artist in Billboard Hot 100 history to have No. 1 song in four different decades.

Her classic Christmas hit, which was released in 1994, only recently entered the top 10 in 2017 and then reaching No. 3 in 2018. The song peaked at No. 1 two weeks ago and became the first holiday song to hit the top spot since Alvin and The Chipmunk's 1958 hit "The Chipmunk Song."

In case you haven't heard it many, many times already this holiday season, here you go:

This isn't just Carey's time to shine. This week has the most holiday-themed top five songs in the history of the Billboard Hot 100. Brenda Lee's "Rockin' Around the Christmas Tree" was No. 2 after being released in 1958 – the longest period ever between release and earning a top five position.

Bobby Helm's "Jingle Bell Rock" and Burl Ive's "A Holly Jolly Christmas" topped the chart at No. 3 and No. 4, respectively. Andy Williams' "It's the Most Wonderful Time of the Year" is No. 7.

All five songs have become the highest-charted holiday songs of all time, behind "The Chipmunk Song."

Carey's career total of 19 No. 1 hit songs is one single short of tying with The Beatles' record of 20 No. 1 songs.