Admission to the Tuesday night event: $10 or backpacks, pencils, crayons and other school-year necessities 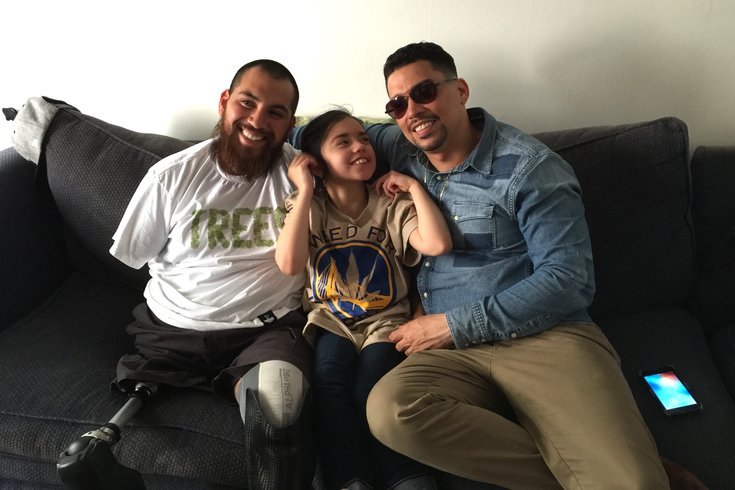 Back in April, we brought you the story of Tuffy Rivera, the nine-year-old South Jersey girl who’s been able to stave off debilitating seizures brought on by an extreme form of epilepsy thanks to medical marijuana.

Her father Ricardo said it's been a life-saving twist in his young daughter’s life.

“They told us she wouldn’t make it past nine. Well, she’s nine now,” he said of a mission for which he’s created the hashtag #TuffysFight to spread the word. “We ended up getting her [medical-marijuana card] after a year and half into the Jersey program. The first day on oil, she went seizure-free and has been pretty good ever since. She’s decreased by 90 percent.”

On Tuesday night, Tuffy’s Fight is giving back to others with a Back-to-School Drive & Party at Connie's Ric Rac, 1132 South Ninth St.

Ricardo Rivera said it’s a progression from last year, when “our wacky pal N.A. Poe smoked a joint outside of the Philly school district HQ to raise awareness about the economic benefits of cannabis legalization.”

The Tuesday night event, however, is quite different.

“This year, we are shifting our focus and working to directly impact our ailing Philadelphia schools by donating new, unused backpacks and school supplies to our children in need,” said Ricardo Rivera.

Of course, there is a marijuana-related aspect to the event.

“We are really looking forward to continuing to show the people of Philadelphia that our cannabis community is dedicated to making our city a better place to live for everyone,” Rivera said. “So, roll a bunch of joints, make a pit stop for some supplies for the kids, and come blaze with us all night long for a good cause."