Co-star of the 'Dancin' On Air' reality show talks about behind-the-scenes drama, hopes for the future 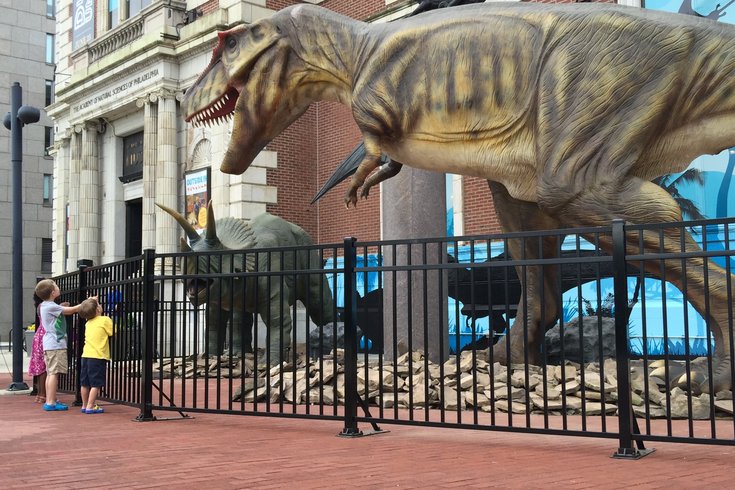 Marissa Rivera, co-star of the Dancin' On Air docu-series Saturday Morning Fever, dished on what viewers didn't see while the show was filming.

"Saturday Morning Fever," a docu-series which took a limited number of Fuse TV viewers behind the scenes of local mainstay "Dancin’ On Air," might have finished its run – with uncertainty surrounding whether it will return for a second season – but that doesn’t mean the final word’s been written about it!

After our March 1 pre-finale interview with star Rogelio Gonzalez, we heard from his on-air “nemesis” Marissa Rivera via the social-media site Twitter.

“How about hearing the other side of the story?” she wrote three days later. “Possible Interview?”

In accordance with the pursuit of reality show-coverage truth and justice, we invited Marissa to our international headquarters on Thursday. What follows is a lightly edited version of that conversation.

PhillyVoice: What didn’t the show show about you?

I was me the entire show. What you see is what you get. That’s how I am. If someone asks me a question, I’m going to tell it how it is. I don’t care. If they would have asked me questions about Ro in front of him, I would have given the same answers.

I feel like I was the only honest one there; everybody played it safe. Even if this is our first time being on a reality TV show, I’m not a character. I’m me. I just said it how it was, and I was very opinionated. Some people took it the wrong way, and that’s fine.

PV: Did they play other story lines up because the cameras were on?

I feel as though [Ro], that’s how he is, but he played it up a little for the cameras, which is totally understandable because it’s reality TV.

"I’ve wanted this ever since I was little. I know that sounds typical, blah blah blah, but I’ve always wanted this." -- Marissa Rivera on a shot at reality-television success

We all have to sell ourselves. But, he’s not that interesting to watch. I had an uncle, who’s very very opinionated, say "Marri, I wanted to watch your show but I couldn’t because he’s so annoying. I had to turn it off." I was, like, "Gee, thanks, you didn’t want to watch me!" I’m the best part of the show?

[With the Rogelio/Tina storyline] I felt it was kinda played out. Each week, it was like, "I’m gonna ask Tina out, gonna ask Tina out." Well, just do it already! They do flirt in real life. He is obsessed with her and the other girl, who was on "Dancin’ On Air," Nicole Zell. He’s told me numerous times, "I’m not gonna marry anybody but Nicole." He just likes these young girls. You’re 30, get someone your own age. Ten years difference? C’mon, now.

I will say that we didn’t really get a chance to know Casey [Reed, the show’s host]. When she was there, it was about filming or she was working at Q102. Even when we were taking the promo pictures, it seemed like she was all about the money. Even [in the episode where they showed a cast] meeting. “Time is money.” So I was all, ok, even when she tried to take over the meeting. You’re booked as a host. Just host. We’re dancers; we dance. Everybody has their own job. If you’re think you’re above the show, you could have left at any moment. Any one of us could have hosted. 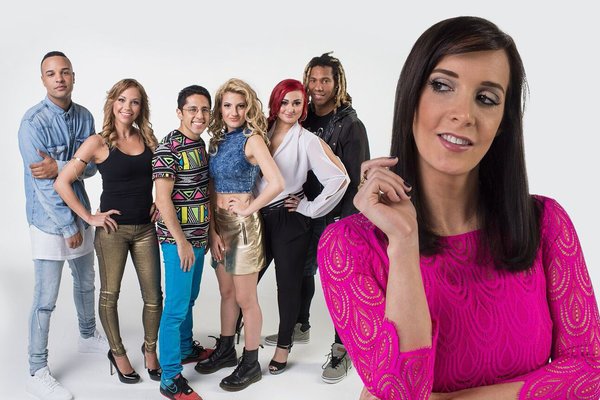 PV: How did they pick the cast?

We all had to go through the audition process all over again, even if we were on "Dancin' On Air" in 2012. I don’t know how we all got picked, but I was fortunate enough to get picked.

We went to Millennium, which is now closed, on South Street for the "Dancin' On Air" auditions, but they didn’t tell us there was any underlying meaning to it. The true personalities are going to come out if they don’t know they could be on a reality show.

PV: Have you always wanted to be on reality TV?

I didn’t mind being on it. I love reality TV shows. OK, I’ll be on one, you know? It was so different to watch reality shows and to be on one. When I watch "Keeping Up With the Kardashians" and I see Khloe walking out the door, a camera person is already outside the door. So it’s, “Wait until we’re out there and then walk out the door.” I didn’t really think of it like that.

[When it started, I was thinking about] the opportunities that are going to come out of this. I’ve wanted this ever since I was little. I know that sounds typical, blah blah blah, but I’ve always wanted this. My parents struggled. We’re not rich. We still aren’t. And my parents gave up a lot.

I got picked to be a baby in a lottery commercial and my mom didn’t know she was supposed to keep me in the same outfit. She changed me. I was a drooler. She changed my outfit and they were, like, ‘No, sorry.’ So when I turned 16 [Rivera is almost 21 years old now] I was in such a bad place. I was being bullied. I used to cut myself. What if I could have been something? I’m still cute. What if I could be something by now?

When I was 16, I was with the same agency I was when I was little, Mary Anne Claro [Talent Agency]. She said she just had lunch with ["Dancin’ On Air" producer] Mike Nice. You’d be perfect. I went to the auditions, and everything has kind of gone boom, boom, boom, boom from there.

PV: Where’d you grow up?

Northeast Philly. I went to Community Academy of Philadelphia, K [St.] and Erie [Ave.] I was there first grade to 12th.

PV: What do you do besides dance?

I model. I act. I dance. Sing. Do makeup. I got bit by a dog, my friend’s friend’s dog, in July and I’m still healing from it.

PV: So, you reached out for this interview. What did you most want to talk about, since the show didn't focus on you too much?

I feel that’s because I didn’t give the producers a story. You have Tina, she’s the singer. Same for Jesse [Stearn]. With Ro, he’s the spastic one of us all, outgoing. Ian’s kinda the same way, just an older-er version. And then there’s me, who tells it like it is but really doesn’t care.

For me, just talking, I didn’t give them enough of the ‘What I’m doing with my life’ kinda thing. I wish I would’ve done that. I do.

I wish I told them I wanted to start my own makeup line. I want to do makeup for photographers or just people who are in the industry. I could get my foot in the door that way. Acting. Going to acting jobs, auditions.

I wish I could’ve given them something more, but my opinions seemed good enough.

PV: So, what do you do if they don’t pick the show up for a second season?

I think if they had more me in it, they would [pick it up for a second season].

Ro and Tina, to this day, still talk. She’s such a flirt. She knows it. They do have a genuine connection. Everybody sees it; everybody knows it. But I told her I just don’t like him for her. I see them as friends. This dude, if any girl flirts with him, it’s, Oh my God!' But he should know by now [that women may lead him on]. Be careful: They might be using you.

When that [PhillyVoice interview with Rogelio] came out , what I took away from it is that he said I was fake, trying to get back at me for the truthful stuff that I said.

After the season ended, we tried to get to know each other off-camera better. My wall was still up because I don’t trust people easily. I’ve been hurt too many times. Friends. Guys. I have to test you in order to trust you. I’m like that on and off camera and you want to call me fake?

I just want to be successful and this is what I want to do. I’ll do whatever it takes, except for sleep with people, because I’m not going to downgrade myself like that. Some people do that, though.

If we don’t get a season two, but I hope we do, and they haven’t told us that we have or haven’t yet, so there’s still hope. We’re on Hulu.

I’m still hopeful. Everybody else seems to be hopeful, too. Even if not, I still want to get out there and do things. Marissa’s doing it.