David Steen, 51, allegedly tried to rob the woman at an airpark in Berkeley Township 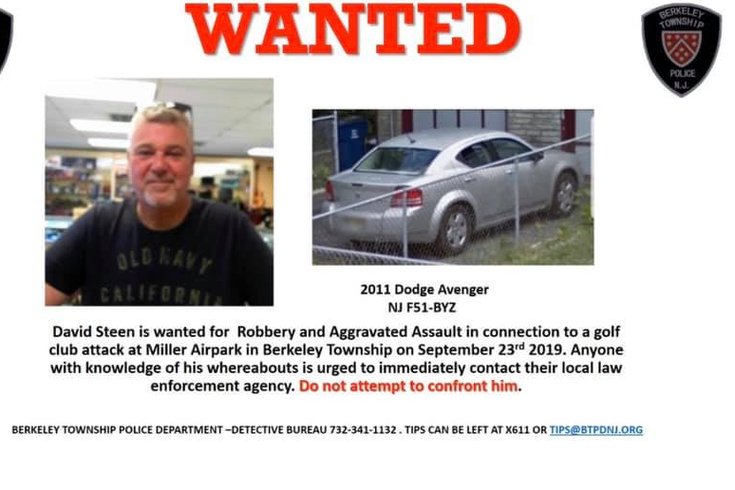 David Steen, 51, of Marlton allegedly beat an 87-year-old woman with a golf club during an attempted robbery, according to Berkeley Township police.

A warrant has been issued for the arrest of a Marlton man who allegedly beat an 87-year-old woman with a golf club during an attempted robbery, according to Berkeley Township police.

The assault took place the morning of Sept. 23, police said in a release Friday. The man, David Steen, 51, allegedly attempted to rob the woman at the Robert J. Miller Airpark in Berkeley Township.

According to police, during an ensuing struggle, Steen hit the victim in the head with a golf club and fled the area with her personal belongings.

Police called the incident a random violent attack, and said the relative remoteness of the attack's location created "unique obstacles" for detectives. Investigators followed up on "hundreds of leads" and conducted interviews, canvasses, and surveillance before concluding that Steen, based on evidence gathered thus far, is allegedly the attacker.

The Berkeley Township Police Department is asking anyone with information about Steen's whereabouts to contact authorities by calling 732-341-1132.