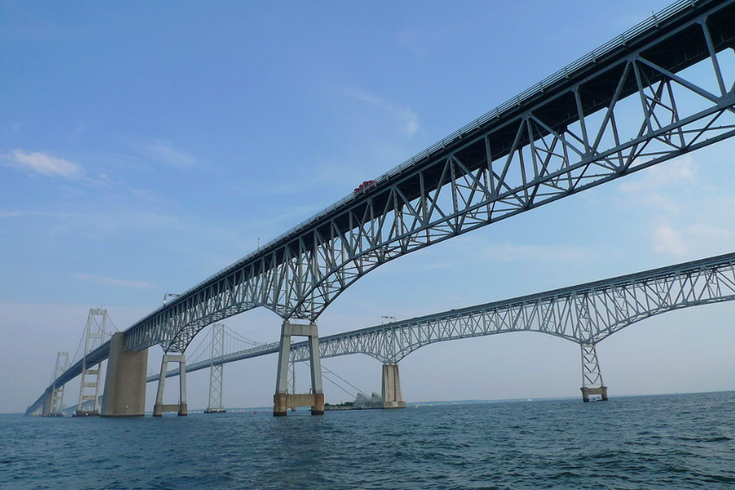 A week after torrential rains caused severe flooding across large parts of central and eastern Pennsylvania, Maryland Gov. Larry Hogan isn't too pleased with what's appearing in his state's backyard.

At a state board meeting on Wednesday morning, the Republican governor reportedly called the trees, branches, tires and garbage floating in the Chesapeake Bay are an "economic and ecological crisis," according to the Associated Press.

Waterways in upstream states including Pennsylvania and New York often carry debris and pollutants from the Susquehanna River over Maryland's Conowingo Dam and into the bay.

"To be blunt, we're literally drowning in Pennsylvania's trash, and I have a huge problem with that,” added Maryland Board of Public Works comptroller Peter Franchot, who said the trash is posing a hazard for vessels entering the Port of Baltimore.

Environmental and emergency management officials in Maryland have been working to remove the debris since opening the dam's gates last week.

We are disappointed at these careless and insensitive remarks from Maryland officials that both undermine the tremendous strides Pennsylvania has made in improving water quality in the Susquehanna and Potomac watersheds, and insult the many Pennsylvanians still recovering from the record floods we just experienced, where at least two of our residents lost their lives. The “trash and debris” that Maryland politicians are complaining about represent devastated communities, damaged businesses and lives ruined.

It's also hypocritical to place all the blame on Pennsylvania and New York while Maryland has missed its own goals including nitrogen runoff reductions.

Pennsylvania has been working diligently to be a good partner on Bay clean-up efforts and is working collaboratively with farmers and other stakeholders to implement best practices for sediment control in the watershed area. These efforts are bearing fruit, and while many challenges remain, the Wolf administration is committed to cleaning up the Susquehanna and Potomac watersheds.

The reality is that storms like these are the new normal – just one of the local impacts of global climate change. It will take more than just state-by-state efforts to adapt and prepare for more frequent and intense storms like those last week. Leadership and investment from the highest levels of the federal government is needed to help states protect residents from climate impacts, which are now too severe and too frequent to ignore.

Hogan, who chairs the six-state Chesapeake Executive Council, said he will bring the issues to the attention of other member states at a meeting next week.

Maryland, Pennsylvania, New York, Delaware, Virginia, West Virginia and the District of Columbia share responsibility for the watershed under a state federal agreement known as the Chesapeake Bay Program.