The chemicals were detected at varying levels and combinations in all of the water bodies tested, the DEP said 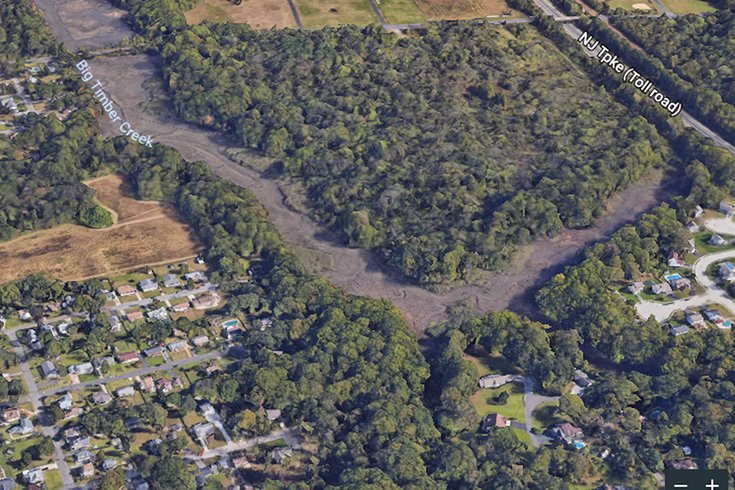 The Big Timber Creek, south of Bellmawr, Camden County, is one waterway where fish were tested by the state Department of Environmental Resources.

For the first time, the state of New Jersey has issued an advisory for consumption of fish contaminated with PFAS.

The state Department of Environmental Protection, with help from the Department of Health, issues regular recreational fish advisories for tributaries, lakes and ponds in the lower Delaware River watershed as part of an ongoing fish-safety monitoring program to help the public make informed choices about the fish they catch and eat.

Last week's update by the DEP expanded testing of fish in selected water bodies to include several chemicals of emerging concern known as perfluoroalkyl and polyfluoroalkyl substances, known as PFAS.

“Before going fishing, anglers should take a few minutes to review advisories in place for their favorite fishing spots so they can make good decisions about eating the fish they catch,” DEP Commissioner Catherine R. McCabe said in a statement.

Eleven fish species were tested in 14 water bodies in Burlington, Camden, Cumberland, Gloucester, Ocean and Salem counties for PCBs, mercury and pesticides. The testing resulted in less restrictive advisories for 36 species than had been in place, while 24 saw no change. Ten advisories are now more restrictive.

According to the DER, data was collected for species not tested in previous years as well as at one new sample location. The new data resulted in 30 new consumption advisories for the lower Delaware River watershed region.

Due to growing concerns over the presence of PFAS in the environment, the department sampled water, sediment and fish tissue samples from a limited number of water bodies in the lower Delaware River watershed and other parts of the state.

Bodies of water were selected for testing based on their proximity to potential sources of PFAS and their likelihood of being used for recreational and fishing purposes. PFAS were detected at varying levels and combinations in all of the water bodies tested.

PFAS – which include compounds more commonly known as PFOA, PFOS and PFNA – were once widely used in a variety of applications, including firefighting foam, non-stick cookware, stain-resistant clothing and fabrics and food packaging.

These chemicals are persistent in the environment and the human body as they don't break down and can accumulate over time. PFAS can travel long distances, move through soil, seep into groundwater, or be carried through air, according to the Agency for Toxic Chemicals and Disease Registry (ATCDR).

According to ATCDR, some studies of PFAS exposure in humans have shown that certain PFAS may affect growth, learning and behavior of infants and older children; lower a woman’s chance of getting pregnant; increase the risk of cancer; interfere with the body’s natural hormones; increase cholesterol levels; and affect the immune system.

The state DEP and the EPA are investigating PFAS in drinking water supplies adjacent to the DuPont Chambers Works plant, along the Delaware River in Pennsville, Salem County.

PFAS also have been found at Joint Base McGuire-Dix-Lakehurst in Burlington and Ocean counties, and the FAA Technical Center in Atlantic County, as well as 11 public water systems and some private wells in Gloucester and Salem counties near the Delaware River, according to DEP. Solvay Polymers used a PFA at its West Deptford facility until 2010.

In the Philadelphia suburbs, PFAS have contaminated some sources of drinking water in Warminster and Warrington, Bucks County, and Horsham, Montgomery County, where firefighting foams were used at nearby sites of former U.S. Navy bases.

The EPA is holding a PFAS community engagement meeting for residents in Horsham today to hear ongoing health concerns.

Water bodies tested in South Jersey include the North Branch of Rancocas Creek in Burlington County, Woodbury Creek in Gloucester County, Fenwick Creek in Salem County, the Cohansey River in Cumberland County, and several lakes adjacent to Joint Base McGuire-Dix-Lakehurst in Burlington County, where firefighting chemicals also were used.

All states have fish consumption advisories. Many of the fish on New Jersey’s advisory lists are typically caught and released without being consumed, but some people rely on some of the species on the advisory lists as a food source.

Past pollution can persist for many years in sediments and continue to accumulate in fish at or near the top of the aquatic food chain.

The American Heart Association recommends that people eat fish regularly because they are healthy, in general. But due to past use of PCBs, pesticides and the presence of mercury, some recreationally caught fish can be unhealthy for children or some adults with certain health concerns.

For much of the population, DEP said its advisories can range from no restrictions to a recommendation to limit consumption to one meal per week. For people considered high-risk – pregnant women, women planning to become pregnant, nursing mothers, infants and children, for example – advisories can range from a limit of one meal per week to do not eat.