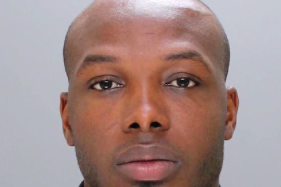 Jerome McNeill has been arrested and charged with aggravated indecent assault and sexual assault, among other charges.

A former guest at Philadelphia’s Loews Hotel has filed a lawsuit against the hotel and its spa’s owner, 12th Street Gym, alleging she was sexually assaulted by a former masseur back in October.

According to the lawsuit, which was obtained by Philadelphia Magazine, the unidentified victim is a 52-year-old resident of Texas and Aramark employee who was visiting Philadelphia for an annual Aramark meeting and reportedly checked into the hotel on Oct. 14, booking a massage at its spa, 12Fit Spa & Gym, Oct. 16.

The victim alleges that while she was “disrobed and laid face down on the massage table," former masseur Jerome McNeill, then-25, of Philadelphia, sexually assaulted her.

Philadelphia Magazine quoted from the lawsuit that McNeill allegedly "applied copious amounts of lotion to" her body and "intentionally sexually assaulted" her by "inserting his fingers into her vagina and anus on multiple occasions." She says that when she tried to resist, McNeill "forced her legs up and held them down, and continued to sexually assault her." Eventually, she was able to break free, and McNeill offered to help her get dressed, and he allegedly attempted to "place his hands around her neck."

She allegedly reported the incident immediately to the front desk of the hotel, located at 1200 Market St., and requested to speak to a manager but was dismissed.

McNeill has since been arrested and charged with aggravated indecent assault and sexual assault, among other charges, Philadelphia Magazine reported.

At the time of the alleged incident at the Loews Hotel, he was awaiting trial for indecent assault in Lower Merion, and in 2007, he was charged with a bevy of crimes including rape, sexual assault, indecent exposure, unlawful sexual contact with a minor, false imprisonment and indecent assault of a minor, among others.

According to the report, the aforementioned charges were withdrawn after a prosecution witness failed to appear in court multiple times.