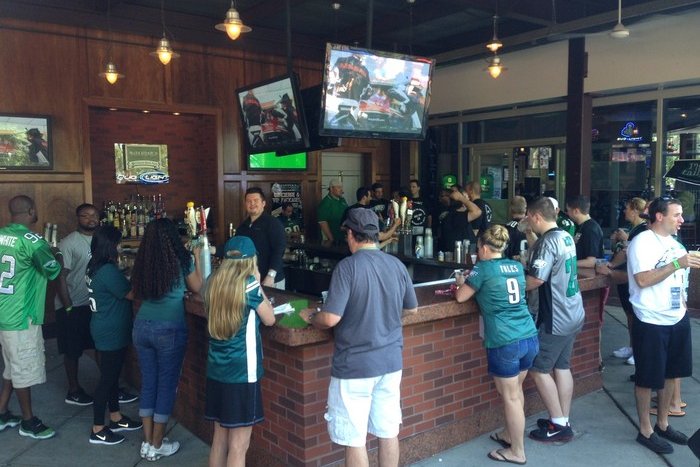 Just last week, the McFadden’s at Citizens Bank Park announced in an Instagram post that it would be closing in “the near future,” while specifying it would be open for the Philadelphia Eagles’ big-time matchup with the Vikings on Oct. 7.

As it turns out, Oct. 7 will be the restaurant and saloon’s final day of business. McFadden’s announced its going-away party on Instagram on Wednesday, inviting patrons to “come help us bid farewell to a Philadelphia legend” with "one more drink":

The restaurant will have a limited menu, and will open at 11 a.m. – 5 1/2 hours before the Eagles take on the Vikings at Lincoln Financial Field.

It also looks like Bryen O’Boyle of Philly band Mr. Greengenes will be playing live music at the event before the Eagles game starts.

RELATED: What they're saying: Maybe the Eagles just aren't that good this year | Eagles' offense report cards through the first quarter of the season

If the scene down at the Linc is anything like it was when the Vikings came to town in January, it should be quite a Sunday.

McFadden’s Ballpark opened in March of 2004.