The gender role reversal is an Irish tradition that was started in the 5th century by St. Patrick and St.Brigid 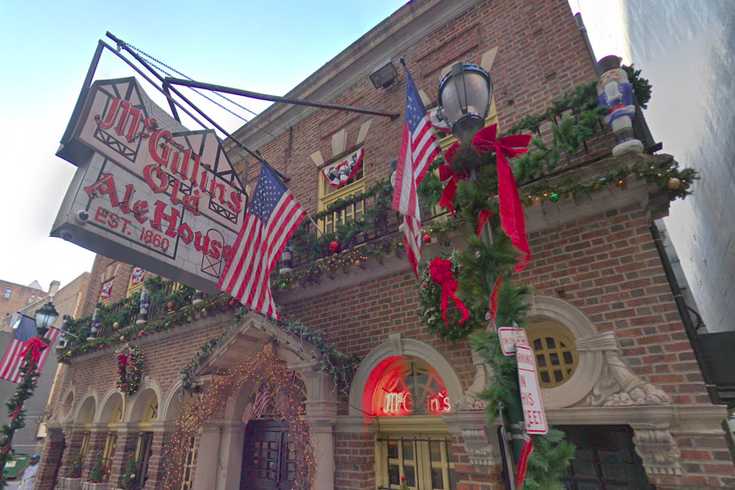 McGillin's Old Ale House is inviting women to take up the Irish tradition of proposing to their partners on Leap Day: Saturday, Feb. 29. The special day falling on a Saturday is even more rare, an occurrence that only happens once every 28 years.

In Ireland on Leap Day, there is a tradition of women reversing gender roles and proposing to their partners, a tradition that one Philly bar is trying to encourage for this Saturday.

McGillin's Olde Ale House is offering gift certificates to women who pop the question at the Center City bar on Saturday, Feb. 29,. However, the bar specifies it must be a "public proposal," and the women must call ahead to let the bar know about it. The first five women to do it will receive a $100 gift card.

The tradition is said to have begin in the 5th century when St. Brigid complained to the famous Irish bishop and missionary St. Patrick (who started that other holiday) that men took too long to propose marriage. As a solution, St. Patrick then declared that women could give it a try once every four years. Women would initiate a dance, propose, and if the man refused he had to buy the lady a gift.

Although it may seem archaic now, the tradition has been held up for hundreds of years. It was even the subject of the 2010 movie Leap Year.

McGillin's 2020 offer seems an attempt to uphold their claim to be "the most romantic place in Philadelphia," and they claim more couples have met, become engaged, and even been married at the bar "than anyplace else in Philadelphia."

In addition to romantic, McGillins is old:. It holds the distinction as the longest operating tavern in Philadelphia, opening its doors in 1860. On Feb. 20, the McGillin's celebrated its 160th anniversary.

Owner Christopher Mullins told KYW the bar attempted a similar incentive to get women to propose in 2016 but didn't have any takers.

Leap Day only occurs once every four years, so it's not everyday that the opportunity comes around. The special day falling on a Saturday is even more rare, a circumstance that only happens once every 28 years.