Memories of an LDS girlhood 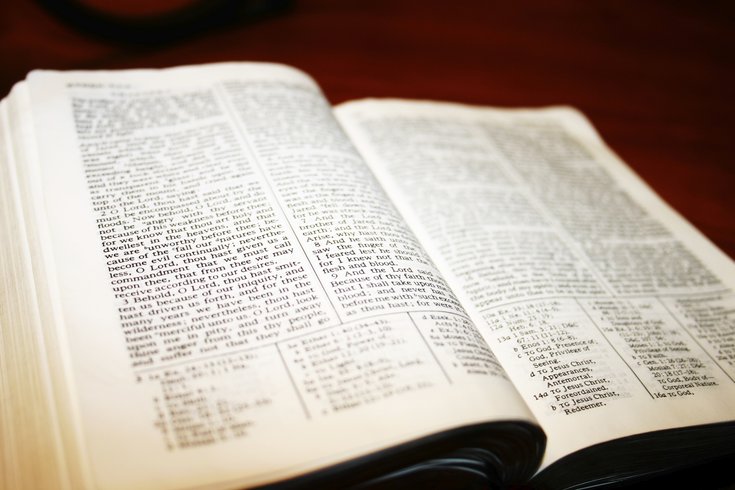 Author Amy Wright Glenn was raised in the Mormon faith.

The reason I said this is because after you say, “I’d like to bear my testimony, I know this church is true,” you are supposed to say, “I am grateful for my family.” Well, I just stood there saying I would like to bear them. I felt so embarrassed especially when I saw my mom looking at me funny.

Mom always gets serious in church. I try to focus and be serious too. After all, I know Heavenly Father is watching me. But sometimes I giggle and daydream too much. Then I get in trouble because I’m the oldest and I should know better.

Why do we have to go every week and wear dresses? Why wouldn’t Heavenly Father like me to wear pants in his house? It is the Lord’s house, but I think he must be kind of bored visiting there because it is so plain and brown and businesslike.

I imagine Jesus walking through the halls while my sisters and I go to Sunday School and he is in a huge white light. His feet don’t touch the ground. He just floats like an angel checking up on all of us. I am not scared to see him even though I’m not perfect like he is. Besides, I bet I am one of the few here that can see him. It is probably because I am one of the chosen, special spirits being born in The Last Days. Soon Jesus will decide the world is just too mean and he’ll come back and set it right again. 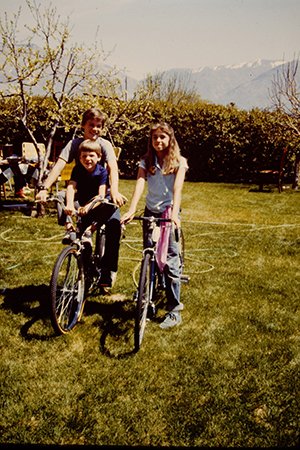 At least that’s what Gran says. She also told me that I have to be careful because I am so special that Satan will always try harder to trick me to do the wrong things. Satan doesn’t want me on God’s side. Well, I do try to be good and nice to everyone. But sometimes it’s hard.

Our family is big. Since I am the oldest, I always have to help out with everything. I know mom loves us, but she can be mean. Sometimes she yells and calls us names. I just try to remember the letters W.W.J.D. My friend Melanie’s dad put this all over their house. It stands for “What Would Jesus Do?”

“What Would Jesus Do?” I did hear that he kicked a bunch of people out of the temple once. He was no wimp. Well, I am not a wimp either. I can even beat up my neighbor Travis! I know because we used to fight sometimes when playing Dracula. But now we are friends. Travis even stood up for me at choir practice on Wednesday when Kelly punched me in the face. I got a black eye.

It was hard to explain the situation to Mrs. Emil, one of the 6th-grade teachers. She gave me a speech about how the student body president should not have a black eye. Well, I showed mom my cartoon drawing of Mrs. Emil and it made her laugh until her face went pink. I like it when mom laughs.

Did you know that I am the first girl to be student body president at Greenwood Elementary? My sisters helped me a lot because they told people to vote for me “or else.” They really aren’t mean though. They are just strong. We all are strong. That comes from being the descendants of the pioneers who came to Utah.

I am glad I am a Mormon. It is the only true church on earth and the Prophet really talks to God in the Temple.

But do you want to know a secret?

I communicate with God too. I drew a special picture for Heavenly Father and left it at the foot of my bed one night. It was the one of the Bible with a rose. I sketched it really carefully. I didn’t even trace it. I asked Heavenly Father to come and get it while I slept. And guess what? The picture was gone in the morning! It’s a miracle. I hope I get more miracles. But mom said I shouldn’t pray for them or else I’ll be like the evil people who don’t believe in God and challenge God to give them signs.

Mom said we should just believe. It is like that really pretty song the older girls sing in Young Women called, “I Walk by Faith.” I don’t know though. Sometimes I wish for more than faith.

Note: The photo embedded above features Amy Wright Glenn as a girl with cousins in Utah.