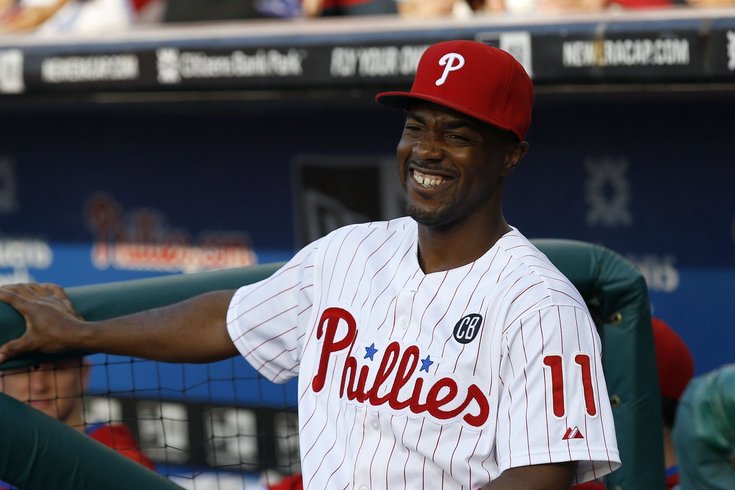 The MLB All-Star week is in Los Angeles this summer, but the Futures Game at least is going to have a surprisingly Philly flair to it.

Jimmy Rollins and Mike Scioscia were named the managers for the prospect showcase on Tuesday, with Rollins set to coach the AL team of prospects and Scioscia handling the NL group.

Rollins needs little introduction around here. The Oakland native made his major-league career in Philadelphia, winning multiple Gold Gloves, the 2007 NL MVP award, and the 2008 World Series through 15 seasons with the Phillies, becoming the club's all-time leader in hits at the conclusion of his run with 2,306.

Scioscia, a native of Upper Darby in Delaware County, played 13 season for the Dodgers at catcher from 1980-1992, winning two World Series in 1981 and 1988. He then became the long-time manager for the former Anaheim-now Los Angeles, guiding the club to its first and only World Series title in 2002 and becoming its all-time leader in wins and games managed.

The Futures game on July 17 will be Rollins' first, albeit very relaxed go, at managing. After officially retiring in May of 2019, he's worked a handful of Phillies broadcasts at a color commentator for NBC Sports Philadelphia and took on a special advisory role with the club ahead of this season. The 43-year old is also an in-studio analyst for TBS' MLB broadcasts.


Could managing be next in J-Roll's future? Maybe.

A return to it for Scioscia, who's now 63? Probably not.

On #MLBCentral today I asked Mike Scioscia, who along with Jimmy Rollins will manage in the All-Star Futures Game, if he’s interested in managing in the big leagues again. And Scioscia said he’s on a different “path,” managing youth, and he’s really enjoying that @MLBNetwork

The Futures Game is Sunday, July 17 at Dodger Stadium followed by the All-Star game itself on Tuesday, the 19th.