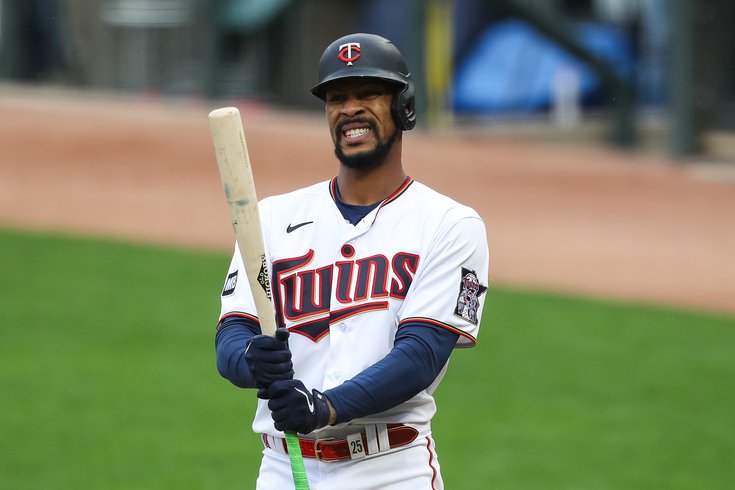 Could Byron Buxton be a key trade deadline target for the Phillies?

It seems kind of fitting for the Phillies this season that one of the few players they have been linked to on the trade market as the deadline approaches in two weeks is a star talent with injury issues.

But according to MLB Network's Jon Heyman, the Phils are kicking the tires on speedy outfielder Byron Buxton, who is currently on the Twins injured list.

The Phillies would be at or near the front of the line if Byron Buxton became available. As @Ken_Rosenthal said the Twins are first attempting to lock him up. Tricky negotiation tough: superstar who’s been hurt a lot.

There is a clear need for Philly in center, as they have burned through Roman Quinn, Adam Haseley, Mickey Moniak, Odubel Herrera (currently on the IL) and are now trotting out Travis Jankowski every day. In Jankowski's defense — after a four RBI performance Friday — he's been fine. But the team needs an answer at the position if they hope to vie for a postseason spot this fall.

Compared to the other 29 teams, Philly has produced just 0.1 WAR from the CF spot, 17th best.

What could help the Phillies negotiate, but also obviously decreases Buxton's value is his versatility. Do the already veteran-dependent Phils want bring in an outfielder who has missed 384 games over the last six seasons (just per 44% of the Twins games that span)?

Salary-wise, he would be a nice acquisition for the likely cash-strapped Phils, as he is eligible for arbitration in 2022, making him theoretically affordable. He is on the verge of being on the market because the Twins are hoping to lock him down long term. If they do not, he could be attained for a reasonable offering of prospects. Perhaps the Phillies can see what they can get from him over a year and a half and then try themselves to keep him long term.

Buxton is 27, and his ability to bring reliable defense would be a huge appeal to the Phillies, who struggle up the middle on defense.

While Kris Bryant and a few other big names will no doubt be the focus of hopeful fans, waiting to see if the Phillies will indeed act like buyers as they look to close the gap in the NL East, Buxton may be the best Philly can afford with a salary near the luxury tax and a less than stellar farm system with which to work from.