At 5 p.m. Wednesday, Aug. 4, the scenic roadway along the western side of the Schuylkill River will reopen, but only north of Sweetbriar Drive 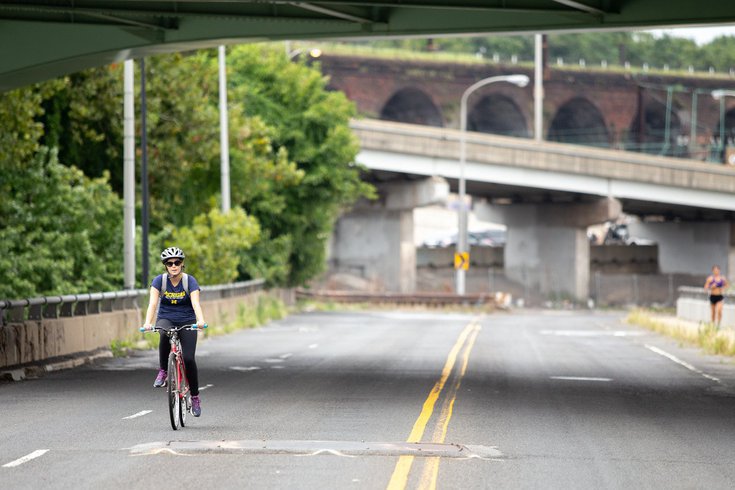 MLK Drive has been closed to cars since the early days of the COVID-19 pandemic, during which time it has become an even more popular recreation destination. The road, which runs along the west banks of the Schuylkill River, is expected to reopen to vehicle traffic on Wednesday, Aug. 4, 2021.

Martin Luther King Jr. Drive, which as been closed to vehicular traffic for the last 17 months, will only partially reopen to cars on Wednesday, Philadelphia's Office of Transportation, Infrastructure and Sustainability announced Tuesday.

The roadway, which follows the western banks of the Schuylkill River, will remain closed south of Sweetbriar Drive as crews make repairs to the deteriorating MLK Drive Bridge, located at the southern end of the roadway near the Philadelphia Museum of Art and connecting the street to Eakins Oval.

More than half of the length of MLK Drive – from Sweetbriar Drive north to the Falls Bridge – will be open to traffic as of 5 p.m. Wednesday.

Plans detailed by the city in July had been that the entire length of MLK Drive would reopen to motorists on Wednesday. Inspectors found one of the connections on the MLK Drive Bridge's steel framing to be "about 75% deteriorated," and repairs are expected to take until 2024 to complete, city transportation officials said.

"For now, the bridge can stay open and is still safe for pedestrians and bicycles, but no motor vehicles will be able to use the bridge until the full rehabilitation project is complete," Deputy Managing Director for Transportation Mike Carroll said.

But how long the bridge – and the portion of the Schuylkill River Trail that runs beneath it – will remain accessible for recreational use remains a question.

The MLK Drive Bridge rehabilitation project has been on the city's to-do list for some time, and documents posted by city show work had already been scheduled to begin this fall. Documents the city has posted online state that as part of the project, the bridge will be closed to all users for 24 months.

Additionally the section of the Schuylkill River Trail that passes beneath the MLK Drive Bridge will be closed for up to six months. Signs detouring users will be posted.

When the bridge reopens, it will wider and more pedestrian- and bicycle-friendly. The existing 5-foot-wide sidewalk will be doubled to 10 feet wide and a protective railing will separate people using the path from cars in the westbound lane. 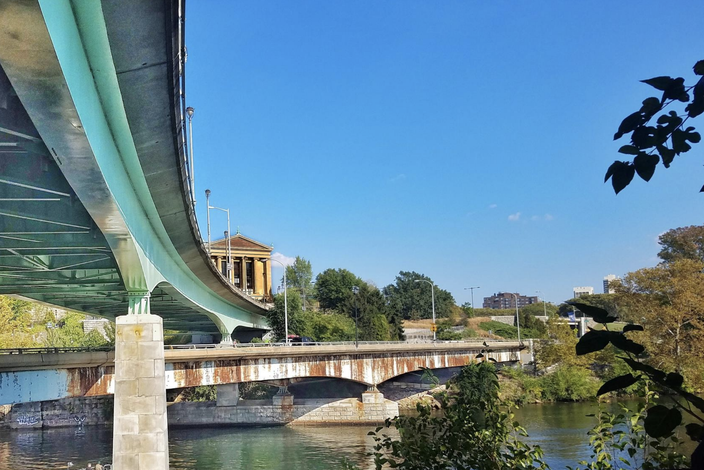 The MLK Drive Bridge will be closed until 2024 as repairs are made, along with improvements to make the bridge better to use for motorists, pedestrians and cyclists.

With more people working from home and less vehicle traffic in and out of Center City during the COVID-19 pandemic, MLK Drive closed in March 2020. The move provided residents with additional space to walk, run, bike and more while maintaining adequate social distance between one another.

Drivers can expect to see signage posted and traffic police stationed in the affected area of MLK Drive, city officials said. On weekends and city holidays until the end of October, the entire length of the roadway will continue close for seasonal recreational use, as it had prior to the pandemic. Weekend closures begin at 6 a.m. on Saturdays.

Closing all of MLK Drive also allowed for construction and updates to be completed, including improvements to drainage, signage and striping. Lanes have been reconfigured in an attempt to ease traffic and curb speeding along the roadway, which runs through West Fairmount Park between the Schuylkill River and I-76, from Eakins Oval to the Falls Bridge.

Before the pandemic, MLK Drive averaged 19,000 to 20,000 vehicles per day. It is included in the city's High-Injury Network, which denotes roads with the highest rates of fatalities and severe crashes.

Since closing to vehicles, MLK Drive has averaged more than 5,000 pedestrians and cyclists per weekday and upwards of 10,000 on weekends, according to a study led by the Bicycle Coalition of Greater Philadelphia, which petitioned for MLK Drive's closure in 2020 and has petitioned Mayor Jim Kenney to keep it that way.

"MLK Drive showed how people want to use their streets when given a chance," coalition spokesperson Randy LoBasso told PhillyVoice in an email this week. "When streets are free of cars, anyone, from age 8 to age 80, can use them safely and without worry."

In a proposal sent to the city, Bicycle Coalition reimagined MLK Drive as a shared bike/roadway with three physically separated lanes: one for motor vehicles, one for people traveling on bikes, scooters, etc. and one for walkers, runners and people in wheelchairs.

"Four lanes of traffic is too large for a park road along a river and makes the roadway dangerous for everyone," the proposal says. "Additionally, there may be options to allow for a few entrances to the road that do not include the exit from I-76, while still providing access locally."

City officials reviewed the proposal, and on Monday, a spokesperson for the mayor's office said MLK Drive "was created as a scenic drive for use by cars" and "will provide essential capacity for diversions of traffic and materials and equipment during rehabilitation work on the MLK Bridge and the East Falls Bridge."

"In addition, the trail has been upgraded to accommodate cyclists and we have reconfigured the drive to reduce speeding so more advanced cyclists should find it possible to ride on the drive itself in a safe and more comfortable manner," the spokesperson said.

LoBasso said Kenney did not respond to the coalition's petition.

"It is clear the city's priorities are toward making MLK Drive, and streets like it, car-centric," LoBasso said. "The minimum the city can do, now, is extend weekend closures to include the full drive, the full weekend, and include holidays."

LoBasso said the coalition is reevaluating its campaign and will be looking for "more opportunities to create safe, open streets in the future."

"By opening MLK Drive to people in March 2020, Philadelphia not only turned MLK Drive into the most-used multi-use path in the entire Commonwealth of Pennsylvania, but they created thousands of new active transportation users who are not going to go away any time soon," he said. "Those people are going to continue needing a safe place to travel through the city."