The Rittenhouse hot spot gets some national love 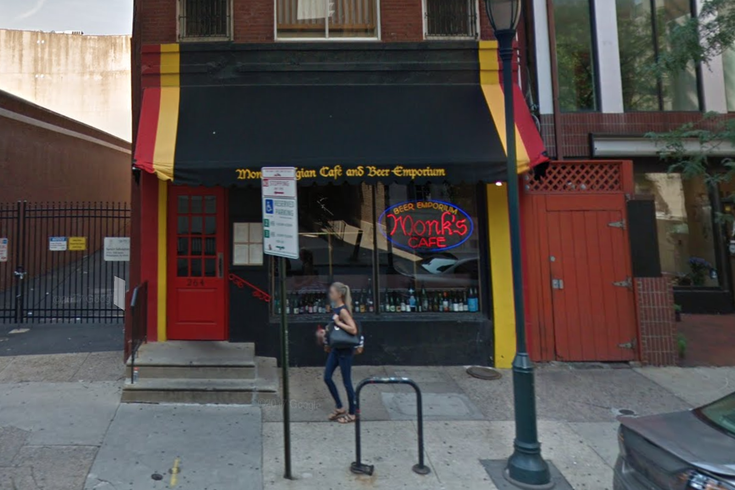 Monk’s Café, 264 S 16th St. in Philadelphia, was the highest-ranking bar Pennsylvania among The Daily Meal's 2019 best bars in the U.S. list.

The Daily Meal put together a sprawling list of its 150 favorite bars in the country. That’s a whole lot of bars!

Thankfully, the folks in charge of the 2019 list didn’t overlook Philadelphia’s excellent bar scene, and even managed to include one of the city’s favorites near the top.

Monk’s Café, 264 S 16th St., clocks in at No. 31 on the list, the highest-ranking establishment of three Pennsylvania bars on the list.

The Rittenhouse bar, which specializes in Belgian beers and Belgian cuisine, is consistently rated as one of the best bars in the city, and draws quite the varied crowd — including some guys named Jason Kelce and Connor Barwin.

Here’s what The Daily Meal had to say about Monk’s:

"Pennsylvania’s Monk’s Café is a Belgian beer emporium with a repertoire of rotating beers on tap and hundreds by the bottle, from the limited-supply Chimay Dorée and the drier Tripel Karmeliet on tap to Achel Blond and Westmalle Tripel by the bottle. The Philadelphia bar also stocks locally made Belgian-style brews, so there is something for everyone. The hearty sandwiches, burgers, and mussels pair well with the beer."

Also in Philly, McGillin’s Old Ale House gets a nod at No. 93. Elsewhere in Pennsylvania, Pittsburgh bar Butcher and the Rye chimes in at No. 116. Only one New Jersey bar, McGovern’s Tavern in Newark, made the cut at No. 134, which seems harsh.

Thankfully, the list’s No. 1 spot isn’t located in New York — though NYC does claim Nos. 4, 5, and 6 — but in Chicago. It’s a spot called “The Office”, and it seems a bit too pretentious for Philly: It requires advance “bookings" and doles out "dusty bottle cocktails."