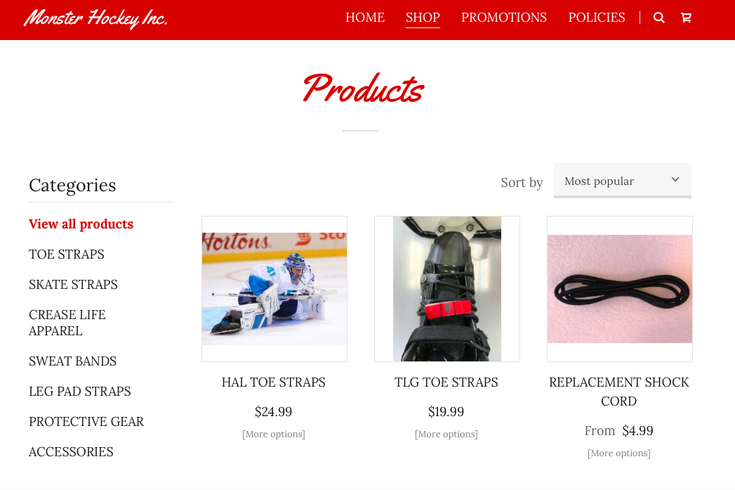 Monster Hockey Inc., based in Pottstown, is facing a lawsuit from Pennsylvania Attorney General Josh Shapiro over consumer complaints that the business failed to fulfill orders or refund customers.

A hockey equipment supplier based in Chester County has been sued by the Pennsylvania Attorney General for allegedly failing to deliver products or refund consumers' money.

Monster Hockey Inc. and CEO Jeffery Laum are named as defendants in the lawsuit, which claims that the company is more than 18 months behind on filling customer orders. Still, the company has continued to accept new orders and collect money from customers at monsterhockeyinc.com.

The website for the shop remains active and continued to orders as of the announcement of the lawsuit.

“Everyone has the right to make a profit but every company also has the responsibility to treat customers fairly,” Attorney General Josh Shapiro said. “With this lawsuit, we are lighting the lamp for the people who visited this company’s website and got more excuses than merchandise; more frustration than satisfaction.”

The lawsuit claims numerous customers reached out to Laum when they didn't receive their orders. They told authorities they were ignored or given a series of excuses.

One customer who posted a complaint on the company's Facebook page was not only ignored, but saw their comment quickly deleted, according to prosecutors.

Another came forward to say he initially had a good experience with the company, but later lost money with them.

“I was a repeat customer because my previous purchase was handled in a timely fashion and the communication was good," said Russell Handy, who paid for $130 worth of hockey gear from Monster Hockey but never received it. "I’m hoping this lawsuit means no one else is going to get scammed, and I’m hoping to get my money back.”

Laum allegedly told customers they would start to receive their money back in June, but that promise was not met.

The lawsuit requests a court order for Monster Hockey and Laum to pay restitution to all customers and businesses that lost money. It also seeks that they be permanently banned from doing future business in Pennsylvania or to Pennsylvania residents, as well as pay civil penalties for each violation of the Consumer Protection Law.

Monster Hockey Inc. did not return a request for comment at an email address provided on the company's website.