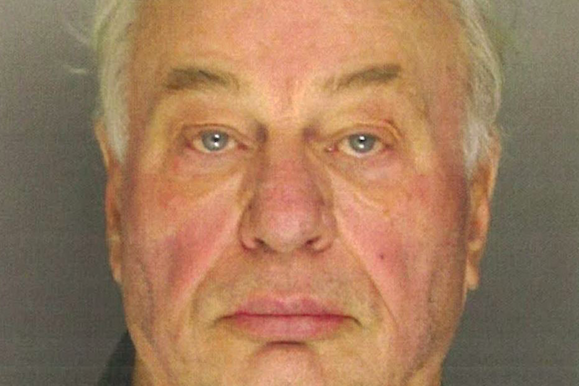 Authorities in Montgomery County announced on Friday the arrest of a Pennridge School District bus driver who allegedly had inappropriate contact with two special needs students over a six-year period.

The arrest of 74-year-old James C. McIntyre came after a joint investigation by officials in Montgomery County and the Pennridge School District.

According to prosecutors, McIntyre repeatedly had indecent contact with a 14-year-old and 22-year-old female between 2009 and 2015. Both of the victims, identified as special needs students, were routinely driven by McIntyre from their homes in Bucks County to the Vanguard School in Chester County.

Investigators say McIntyre inappropriately touched both victims over their clothing, exposed himself and had them touch him while the van was stopped at various traffic lights in Montgomery County.

McIntyre is charged with Institutional Sexual Assault, Indecent Assault, Indecent Exposure, Endangering Welfare Of Children, Corruption Of Minors, and Unlawful Contact With Minor. He was remanded to the Montgomery County Correctional Facility and bail was set at $75,000.

A preliminary hearing is scheduled for Feb. 9.

Jacqueline A. Rattigan, Superintendent of the Pennridge School District, released the following statement on McIntyre's arrest.

“The Montgomery County District Attorney’s Office has informed me that James McIntryre, one of our minivan bus drivers, has been arrested today for charges related to the corruption of minors.  Mr. McIntyre has been employed with the District’s Transportation Department since 2002. He has been suspended without pay and is banned from school district property, pending the outcome of the investigation.

“We will be in contact with the families of students involved and will provide all necessary resources. The District will cooperate fully with law enforcement as the investigation continues.”

Anyone who has related information is encouraged to call the Montgomery County Detective Bureau at 610-278-3368.