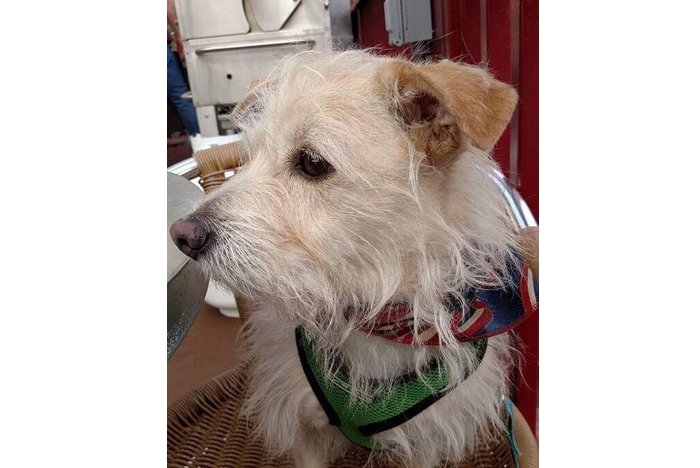 Eddy's unexplained trip from Montgomery County to Stockton, New Jersey, lasted 45 days, but he was finally reunited with his family in mid-April.

File this one under seriously unlikely feel-good stories.

Eddy the dog moved with his family from California to Montgomery County on March 4, and went missing that very same day after a trip to Pennypack Creek. Eddy was able to escape the creek, but went missing afterwards, according to Horsham’s Patch.

A number of social media campaigns began in earnest to try and reunite Eddy with his family in Horsham, including the Horsham Township Chief’s Advisory Team and Quakertown-based K911 Lost Dog Search, Inc. Eddy was believed to have been seen in the area more than once, but his location couldn’t be nailed down long enough for a rescue effort.

Then, out of the blue on Tuesday evening, Eddy’s owners received a text from a phone number with a New Jersey area code saying a dog they believed to be Eddy had been seen in the area for a few days in a row.

On Wednesday morning, Eddy’s family finally reunited with their pal, who somehow made his way to the other side of the Delaware River, some 20 miles away from his family.

This is the kind of journey we're talking about, via Google Maps: 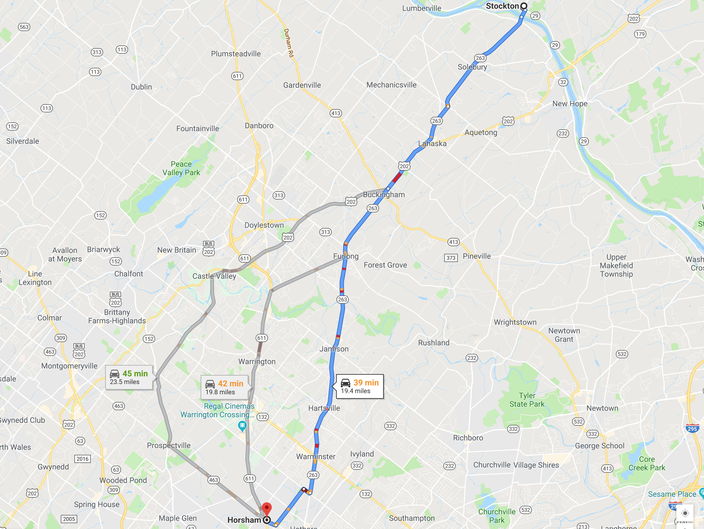 We'd say Eddy came home just in time to enjoy eastern Pennsylvania's copious parks as the weather starts to warm, but it sounds like he's had plenty of adventure already.