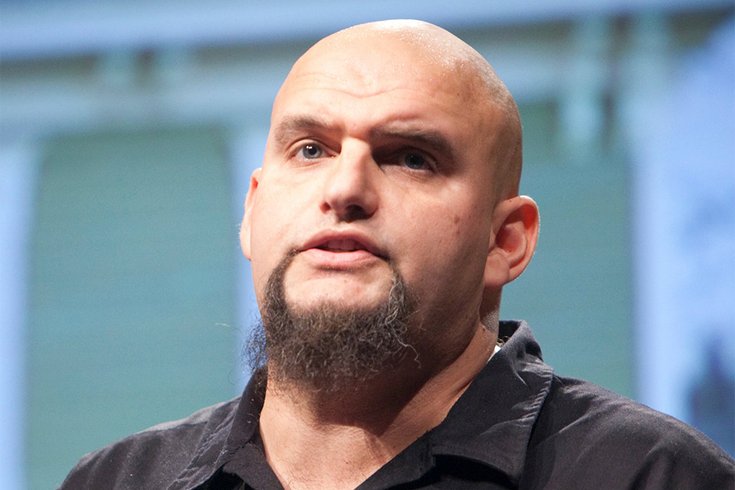 The four state representatives — Rep. John Hershey (R-82), Rep. Rob Kauffman (R-89), Rep. Paul Schemel (R-90), and Rep. Jesse Topper (R-78) — comprise the Franklin County delegation to the state House. The representatives' letter put the word “listening” in quotation marks because, as they explained in the statement, they don’t think Fetterman is actually listening to both sides of the argument over legalizing marijuana.

“Although we commend the lieutenant governor on his willingness to ‘hear’ both sides, we wonder if he will really be ‘listening,’” the representatives wrote in the letter. “We recognize this event for what it is: cover to push an agenda of legalizing drugs.”

The representatives later called the listening tour “a sham” and expressed their refusal to participate in Fetterman’s May 2 visit to Franklin County.

The letter characterized marijuana use as “dangerous, especially among our youth” and said research correlates marijuana use as a gateway drug to heroin, cocaine, and methamphetamines. The representatives did not cite a source for that information.

“Drugs are dangerous – that is what we teach our children,” the letter reads. “Pennsylvania should not fall into the trap that drugs are OK because they are not.”

Insufficient research around marijuana use has made it hard to fully understand the drug’s long-term effects. But several studies — including a 2017 study by researchers from the University of Colorado at Boulder — have found that marijuana might actually be less harmful to the brain than alcohol.

Fetterman and Gov. Tom Wolf announced the listening tour in late January. Since February, Fetterman has been making his way through Pennsylvania’s 67 counties to talk to residents about the idea of legalizing marijuana.

Fetterman’s office also offers an online form where residents who can’t attend the listening events can provide feedback, and residents are clearly using the form. Wolf said in early March that he and Fetterman had already received 21,000 messages about marijuana legalization.

“We want to make sure all Pennsylvanians have a say,” Fetterman said in January.

Just one state over, New Jersey has been pushing toward legalizing marijuana since Gov. Phil Murphy was elected in 2018, but canceled a vote in late March when Democrats realized they wouldn’t be able to secure necessary votes.