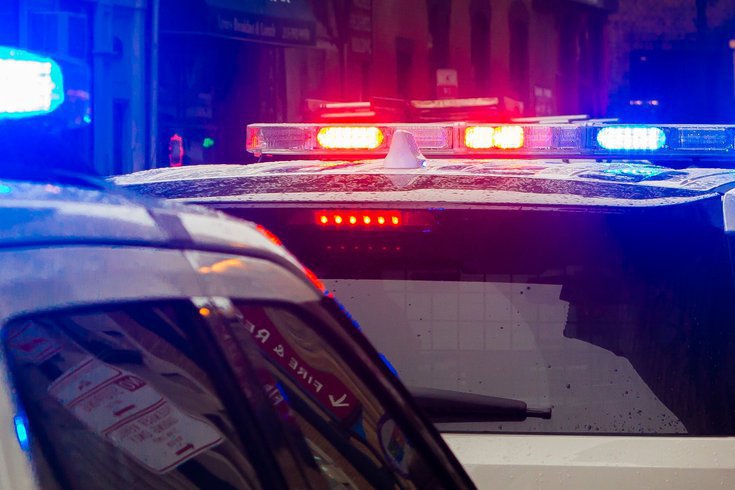 The suspect entered a Harleysville Savings Bank branch located at 2301 W. Main St. in Eagleville at around 1:45 p.m. Thursday. The man allegedly approached the teller and lifted his shirt to show what authorities said was "a silver item" tucked in his waistband. Police did not say whether or not it was a firearm.

The person of interest then handed the teller a demand note. After receiving cash, the man got into a black BMW sedan with purple rims and fled the bank. West Norriton police said that the man allegedly stole $1,000 from the bank.

The subject then entered a Republic Bank branch located at 423 W. Germantown Pike in Plymouth Meeting at around 5:10 p.m. Thursday. The man allegedly approached the counter and handed the teller a demand note.

After allegedly receiving an undisclosed amount of cash, the suspect fled the scene in the same black BMW sedan with purple rims.

Investigators are now asking for the public's help in locating and identifying the suspect. The person of interest is described as a male standing 5'6'' tall with a stocky build. He was last seen wearing a black shirt with red lettering on the left chest, blue jeans, tan boots or sneakers, black sunglasses and a camouflage bucket hat — hence the moniker "Bucket Hat Bandit."

Tips can be submitted anonymously, and a reward may be available for information leading to the man's arrest and conviction.