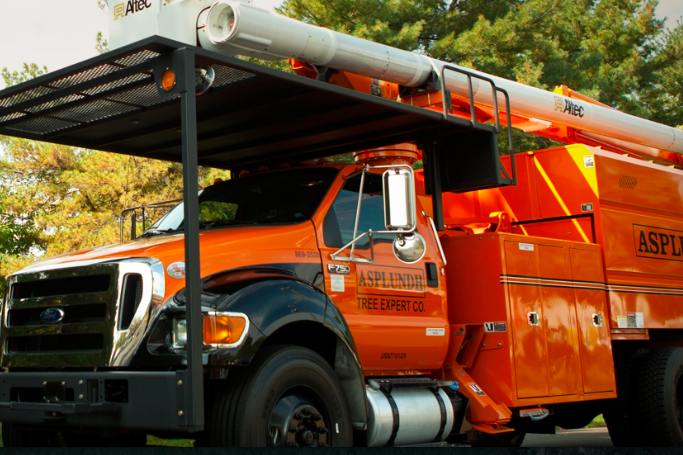 Asplundh, a national leader in tree-trimming and brush removal, is based in Willow Grove.

A Horsham-based tree-trimming service, one of the largest privately held companies in the United States, has been order to pay a record $95,000,000 in an immigration case involving the systematic employment of undocumented workers, the U.S. Attorney's Office announced Thursday.

Asplundh Tree Experts, Co. pleaded guilty to unlawfully employing the workers in a scheme that involved high-level management turning a blind eye to the illegal status of many of its workers. Lower level managers also hired and rehired the workers despite knowing they were ineligible for employment in the United States.

As part of the plea, the company was sentenced to pay a forfeiture money judgment of $80 million and an additional $15 million in civil claims.

The total payment represents the largest amount ever levied in an immigration case.

From 2010 to 2014, according to court documents, Asplundh accepted identification documents it knew to be false and fraudulent from workers in many regions of the country. An audit later revealed that the company had decentralized its hiring process to remove upper management from the word-of-mouth referrals of undocumented workers.

Prosecutors said this method of employment gave Asplundh a dominant market position, allowing the company to quickly mobilize and relocate its workforce in response to weather events that required tree-trimming and brush clearance.

“Today marks the end of a lengthy investigation by ICE Homeland Security Investigations into hiring violations committed by the highest levels of Asplundh’s organization,” said ICE Acting Director Thomas Homan. “Today’s judgment sends a strong, clear message to employers who scheme to hire and retain a workforce of illegal immigrants: we will find you and hold you accountable. Violators who manipulate hiring laws are a pull factor for illegal immigration, and we will continue to take action to remove this magnet.”