The Monthly Migraine: The state of migraine medications in 2019 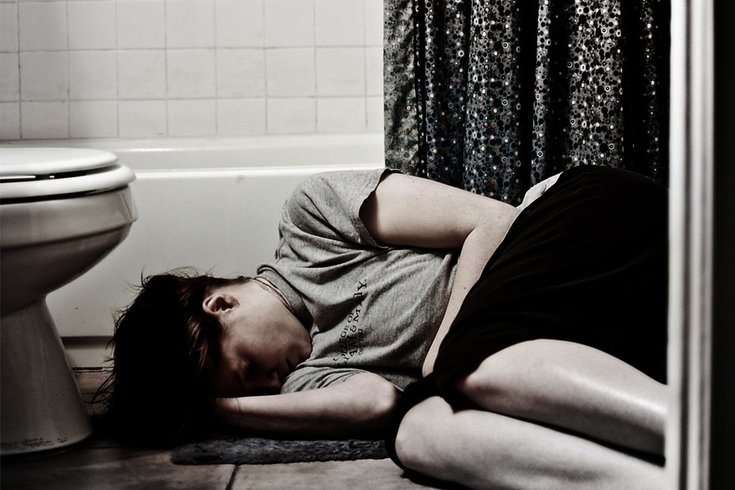 Since the author started using Emgality, a once-monthly injection to manage migraines, she is no longer falling asleep on the bathroom floor due to too-frequent vomiting episodes.

Two years ago, there was no medication on the market to specifically prevent migraine. For years, there have been plenty of medications for migraine management, but migraine was never the primary reason for the meds. These meds were originally created for other conditions like epilepsy, cardiovascular health and depression. Botox, which is usually associated with cosmetic procedures, has been found to help with migraine prevention and is now being marketed as a migraine medication.

For years, I was put on Elavil to manage my migraines, and during that time I didn’t see much of a change. Every time I would tell a doctor I didn’t see a difference on Elavil, they upped my dosage. In that time, I had my dosage upped four times with no success. Probably because Elavil is an antidepressant that helps with sleep and was not created with the purpose to manage migraines.

MORE HEALTH: The Monthly Migraine: Celebrities, they’re just like us!

In between my Elavil experimentation, I was put on Topamax, a drug created to treat and prevent seizures. I switched to Topamax because I had heard good things about it and thought it would be more effective than Elavil. I didn’t see a change in my headache frequency, but the drug did give me nausea every day I was on it. I constantly had a sensation that I was about to vomit. I never did throw up on it, but the nausea saw my weight plummet to 108 pounds — to the point where I was not-so-appropriately asked if I had an eating disorder at work. It was so miserable, I went back on Elavil and hoped the second time would be different. As you could probably guess, it wasn’t.

My experience with migraine management meds is familiar for fellow migraineurs. Our meds either help a little or not at all, because they are not meant to treat migraines. At the time I was struggling with medications (only five years ago), migraine awareness and advocacy wasn’t talked about and I was misinformed and undereducated on the disease I am stuck with my whole life.

Within the past year, however, migraine medication has evolved to focus on getting to the cause of migraines — changes in the brainstem and imbalances in brain chemicals are two hypotheses held by medical professionals. Medications have been introduced to manage the brain changes (specifically targeting the release of proteins that cause brain inflammation) and many of them are seeing successful results.

For the past six months, I have been using Emgality, a once-monthly injection to manage migraines. It is the third migraine-specific drug on the market, closely following Aimovig (approved in May 2018) and Ajovy (approved in September 2018). It’s currently gaining steam, claiming 37.7 percent of first-time patients, barely edging out the competition by a half a percent.

WE ARE GETTING THERE

Emgality changed my life. I started the injection in late November 2018 and started seeing results over time. In September, October and November, my headaches had jumped to eight to 12 a month. Since starting the monthly injection, I am now averaging four headache days a month with zero side effects from the drug. Some months are tougher than others, though. In February and March, I went the whole month without a headache. A whole month! I haven’t seen that length of time in between attacks for at least three years. It was exhilarating.

April was a tougher month, however. I had an attack every weekend in April, triggered by unpredictable weather, two work trips and mounting stress from my job. Like before the injection, it is still difficult to avoid triggers like up-and-down weather patterns, travel and stress, so ultimately, one of these triggers will eventually knock me down. When I do get knocked down now, I always remember to think how much more of my life I have back because of my new medication.

Not only do I have fewer headache days, but my headaches are not as intense. I don’t want that to be misconstrued, though. When I get attacks, many of them knock me down to the point where I can’t do much of anything. But I no longer have excruciating, non-stop vomiting that comes with nearly every attack. I’ll vomit here and there, but I’m no longer falling asleep on the bathroom floor due to too-frequent vomiting episodes. Instead, I’m able to lay on the couch with my ice helmet and sleep through pain dulled by marijuana. Compared to last year, I’m livin’ the cushy life and not taking it for granted.

Since these medications were introduced, there has been more research dedicated to migraine and its management through migraine-specific medication. Recently, an Israeli company announced an electronic patch for patients to use when they get an attack. While the patch does not prevent migraine, it uses conditioned pain modulation (CPM) to send tiny electric jolts through the body. These jolts help introduce a second stimulus to the body so the original pain stimulus can be reduced. Meanwhile, Emgality’s manufacturer, Lilly, is continuing its migraine research after seeing huge success with the drug.

We may not be at the point we want for migraine research and management, but the good news is that we are getting there. The louder we scream for a cure, the more drugmakers will realize the migraine community is one that has been ignored and untapped for decades.