More snow in forecast this weekend, warmer temperatures expected ahead 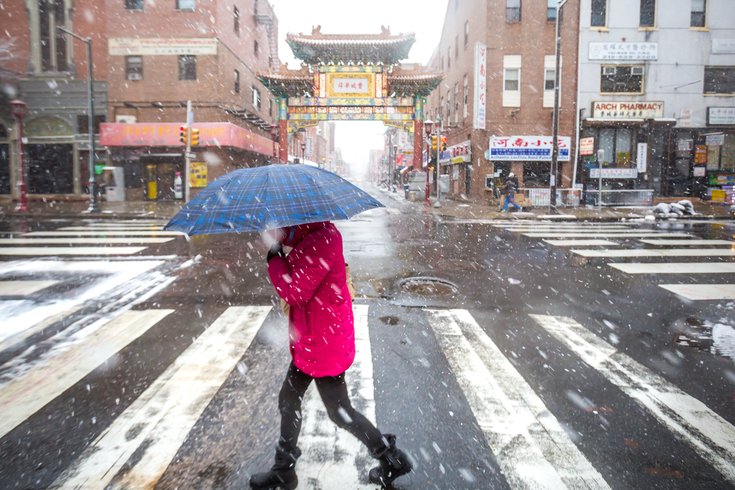 The region's not out of Old Man Winter's icy grasp quite yet.

Forecasts for this weekend are calling for snow, though it'll be nothing like the nasty weather that pounded Philadelphia earlier this week.

The National Weather Service is predicting snow in the coming days followed by warmer temperatures next week that could melt away any remaining snow and ice from Tuesday's storm.

Friday's high reached 43 degrees during the afternoon, which helped chip away at icy sidewalks and side streets. Water could freeze again overnight as temperatures are expected to linger around 33 degrees, with new snow accumulation of less than half an inch possible after 4 a.m., according to the National Weather Service.

The expected snowfall from late tonight into SUN morning. Most will fall across the N on SAT afternoon and evening. #pawx #njwx #dewx #mdwx pic.twitter.com/pXijhMIIU2

A rain and snow mixture is expected into Saturday morning, becoming just rain after 8 a.m. The mercury is expected to creep up to 44 degrees while the chance of precipitation is 70 percent.

The low should hit 33 again Saturday night where precipitation could continue until 8 a.m. Sunday. Snow accumulation of less than half an inch is possible, according to the NWS.

Sunday will be mostly cloudy with a high near 42 and a slight chance of precipitation while Sunday night's temperature will drop yet again to a frigid 28 degrees.

The region should heat back up early next week to temperatures that will feel more appropriate for the middle of March.

Monday, which will mark the official start of spring, will be sunny with a high around 50 degrees and a slight chance of rain at night with a low around 37 degrees.

Temperatures should be a little warmer Tuesday, when the high is expected to reach 52 degrees.

Check out the full forecast from the National Weather Service here.