Cineworld gives no timetable for their reopening 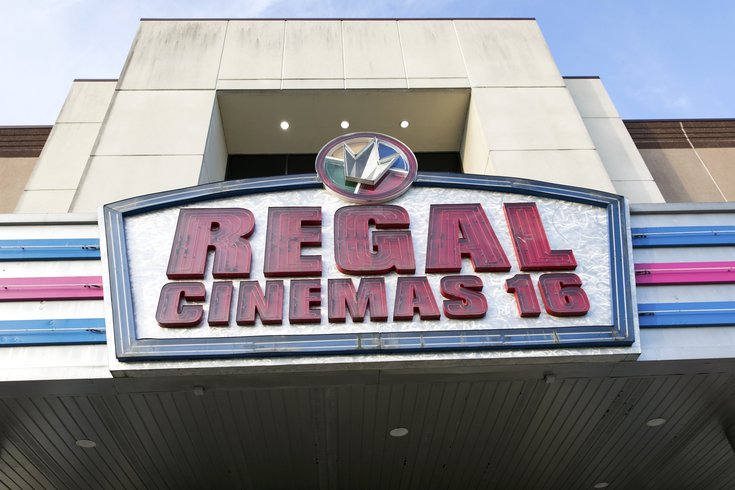 Regal Cinemas is temporarily closing all of its movie theaters, including the Wilmington, Delaware theater pictured above, due to financial hardships caused by the COVID-19 pandemic.

Regal Cinemas – the second largest movie theater chain in the United States – is temporarily closing all theaters Thursday due to major financial losses triggered by the coronavirus pandemic.

The massive shutdown affects 536 theaters, including 16 in the Philadelphia region. Cineworld, the parent company of Regal Cinemas, announced Monday that it also is closing 127 Cineworld and Picturehouse theaters in the United Kingdom.

There is no timetable for their reopening.

Here's the list of the affected theaters in Southeastern Pennsylvania:

Here are the affected theaters in South Jersey:

Cineworld reported losing $1.6 billion in the first half of 2020 as the public health crisis brought the entertainment industry to a halt.

"As major U.S. markets, mainly New York, remained closed and without guidance on reopening timing, studios have been reluctant to release their pipeline of new films," Cineworld said in a statement. "In turn, without these new releases, Cineworld cannot provide customers ... with the breadth of strong commercial films necessary for them to consider coming back to theatres against the backdrop of COVID-19."

Rumors of the closures first circulated Friday, when the new James Bond movie, "No Time to Die," delayed its premiere until next spring. The film is among several blockbusters, including Marvel's highly anticipated "Black Widow," that have pushed back their 2020 release dates. The delays have had a significant impact on the theater business.

On Sunday, Cineword acknowledged that it was "considering" closing all of its U.S. locations.

We can confirm we are considering the temporary closure of our U.K. and US cinemas, but a final decision has not yet been reached. Once a decision has been made we will update all staff and customers as soon as we can.

The company confirmed the news Monday, citing the delayed premieres of major movies. The closures impact about 45,000 employees.

"Cineworld will continue to monitor the situation closely and will communicate any future plans to resume operations in these markets at the appropriate time, when key markets have more concrete guidance on their reopening status and, in turn, studios are able to bring their pipeline of major releases back to the big screen," Cineworld said.