The Daily opened inside the building earlier this week 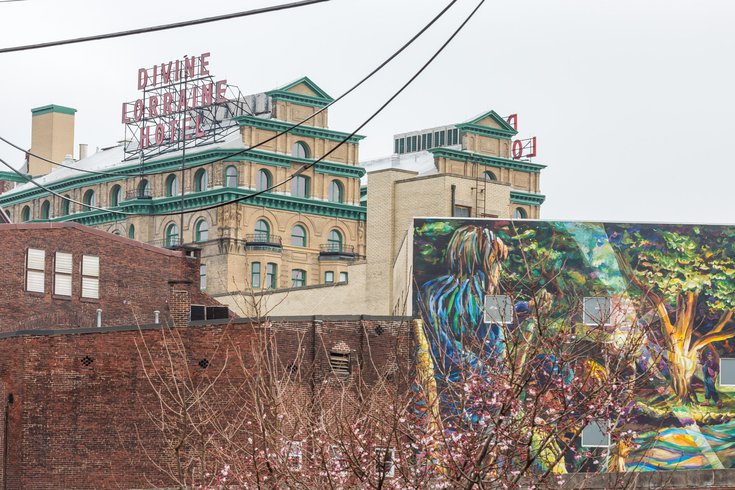 The Divine Lorraine Hotel in North Philadelphia now has a new coffee shop called The Daily, which opened Thursday, Oct. 1 inside the iconic landmark.

A new coffee shop called The Daily has opened inside one of North Philadelphia iconic landmark buildings.

The Daily, located at 699 N. Broad St., is now open inside of the Divine Lorraine Hotel apartment building. It now joins other in-house businesses like Italian fine dining restaurant Cicala, which opened inside of the housing complex in November 2019.

The coffee shop had its first day of business on Oct. 1, The Daily announced in a social media post on Thursday.

The Daily is now open from 6 a.m. to 6 p.m. everyday of the week except for Fridays.

Opening of The Daily was stalled due to COVID-19 but planning for the shop initially began years earlier in 2017, the Instagram post also explained.

COVID-19 health and safety restrictions such as those limiting indoor dining capacity to 50% are currently being enforced by the restaurant. Although customers can order their coffee inside, there is not indoor seating available at The Daily right now.

Customers do not have to be Divine Lorraine apartment residents to visit the shop. In fact, the entrance The Daily is not through the building but on Fairmount St., around the corner from the N. Broad address.

The Daily's menu features classic espresso drinks and tea options, according to Billy Penn. Other items like orange juice, kombucha, and some snacks are also available.

The Divine Lorraine Hotel was created as an apartment building and completed in 1894. It housed wealthy Philadelphians before being turned into a hotel at the start of the 20th century. In 1950, it became the first racially integrated hotel in the U.S. under the supervision of a religious leader named Father Divine, for which the current building is still named. It was turned back into an apartment building in 2012.