The stolen effigy was valued at about $100,000, according to police 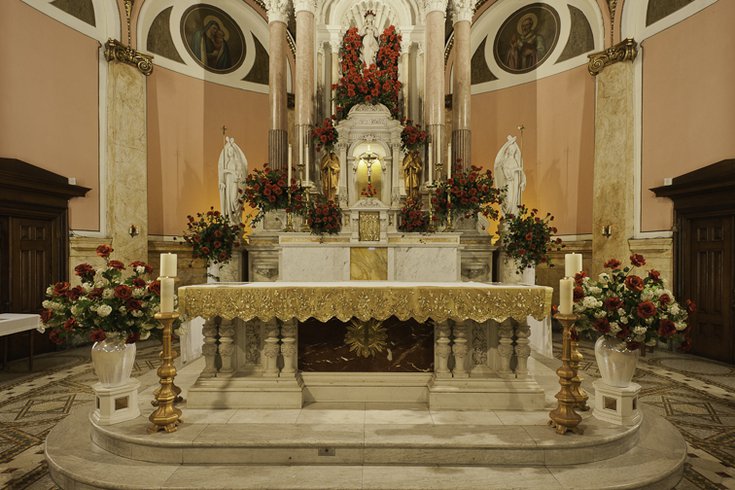 The National Shrine of St. Rita of Cascia opened its doors in South Philly in 1907.

Update: The statue that was reported stolen from the National Shrine of St. Rita of Cascia in South Philly was found and returned by police. One of the shrine's neighbors on Webster Street found the statue abandoned and notified police.

The shrine said that it will now clean the statue and return the effigy of St. Rita to its place in the grotto as soon as possible.

"We're grateful to each of you for helping to spread the news on social media," the shrine wrote in a post shared on social media. "We are blessed with such a wonderful community of support!"

A post shared by National Shrine of Saint Rita (@saintritashrine)

A statue worth about $100,000 has been stolen from the National Shrine of St. Rita of Cascia in South Philadelphia.

The plaster replica of St. Rita was reported missing from its location in an outdoor grotto alongside S. Broad Street on Friday, the shrine wrote in a post that was shared on social media. The statue was last seen at about 7:30 p.m. Thursday.

The statue's stone and glass enclosure was not damaged and the locks appeared to be intact. Shrine staff believe that whoever stole the statue of St. Rita was "able to manipulate the padlock with relative ease."

Shrine employees told police that the statue had not been removed for cleaning or maintenance.

Saint Rita, generous in forgiving, pray for us! Earlier this afternoon, one of our patrons notified the Shrine staff...

Posted by National Shrine of Saint Rita of Cascia on Friday, August 13, 2021

Police estimated that the statue is worth about $100,000, stands about five-feet tall and weighs roughly 100 pounds.

The Philadelphia Police Department is continuing to investigate the incident.

Anyone with information on the whereabouts of the missing statue or who may have snagged it is encouraged to contact the shrine.

Opened in 1907, the National Shrine of St. Rita of Cascia is located at 1166 S. Broad Street between Ellsworth and Federal streets in South Philly.