Necrotizing fasciitis: Is it a threat this summer at the Jersey Shore?

Here's what you should know about the flesh-eating bacteria 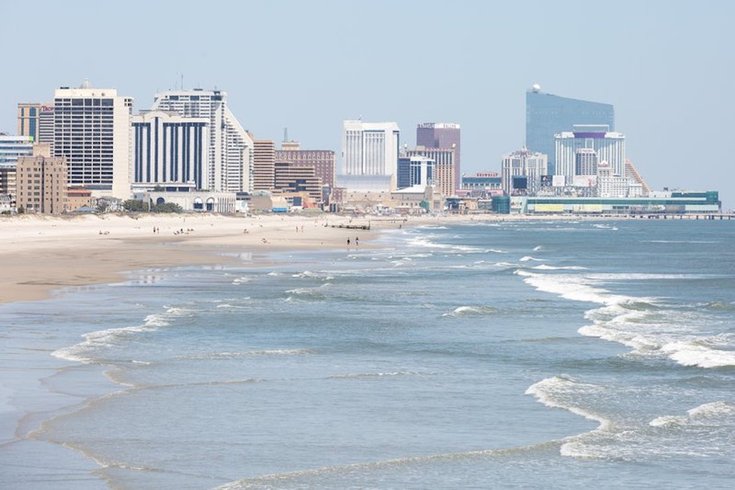 The term “flesh-eating bacteria” has gotten a lot of media coverage this summer and for good reason: it has taken the lives of some and has impacted the lives of others, mostly in the warm waters of Florida.

Most of the attention has been on necrotizing fasciitis, a fairly rare infection caused by bacteria that blocks blood circulation, causing tissue and skin — often around an open wound — to die and decay, Medical Xpress reports.

Inverse notes the infection often develops as a result of the combination of an open wound and a day at the beach.

Most of the rare reports of the infection emanate from Florida, including a woman whose Pennsylvania family was speaking out recently after their mother died just days after contracting the infection at a beach on the west coast of the Sunshine State. She had fallen at the beach and cut her leg.

Closer to home, vibrio, a flesh-eating bacteria that can lead to necrotizing fasciitis, infected a boy in Maryland, apparently while swimming near Ocean City.

In recent years, rare cases have been reported among fishermen and crabbers in Delaware Bay between New Jersey and Delaware.

According to the U.S. Centers for Disease Control and Prevention, one in three people who have a serious necrotizing fasciitis infection can die from it. The most important thing to remember is to act fast to seek treatment if you think you have been infected with a flesh-eating bacteria.

And while the infection remains rare, it is prudent for Philly-area residents who head to New Jersey and Delaware beaches during summer months to know about the infection and what to look for, as time is critical if you begin to develop symptoms:

Group A Streptococcus is thought to be the most common type of flesh-eating bacteria, or necrotizing fasciitis, according to the CDC, and most commonly enters the body through cuts and scrapes, burns, insect bites, puncture wounds (including those from IV drug use) and surgical wounds.

The CDC adds that symptoms tend to develop quickly and can be confusing. Early signs include: red or swollen patch of skin that spreads quickly, severe pain, including pain beyond the area of the skin that is red or swollen and fever. Later-onset symptoms can include: ulcers, blisters, or black spots on the skin, changes in skin color, pus or oozing at the infected area, dizziness, fatigue and diarrhea or nausea.

Healthline adds that while the infection can strike perfectly healthy individuals, those with chronic lung or heart disease, use steroids, have skin lesions and abuse alcohol or inject drugs are at a higher risk.

Fortunately, necrotizing fasciitis is rarely contagious, but does require hospital care, including IV antibiotics and surgery, generally right off the bat, the CDC reports. Reportedly, it is not uncommon for people to need multiple surgeries to remove the infection in its entirety.

It’s worth noting that serious complications, including sepsis, shock, and organ failure are common. The CDC reports:

To be upfront, there’s no actual way to fully prevent a necrotizing fasciitis infection, but Healthline reports that basic hygiene is the primary method of reducing risk. Wash your hands frequently with soap and treat any wounds — even the smallest — immediately.

CHANCES OF GETTING THE INFECTION

The vast majority of healthy adults are able to fight the infection on their own, without treatment, but elderly, children and people with compromised immune systems face a far higher risk, Medical Xpress reports. These groups should avoid warm saltwater, hot tubs and swimming pools in addition to avoiding eating raw seafood.

The temperature of water is what’s concerning to experts because it is thought that climate change may be driving the increase in cases of necrotizing fasciitis.

A recent study found that rising water temperatures in the Delaware Bay — spanning New Jersey and Delaware beaches — may be contributing, as these waters were previously rarely affected. Vibrio vulnificus, another form of bacteria that leads to necrotizing fasciitis, has been seen in a few local cases.