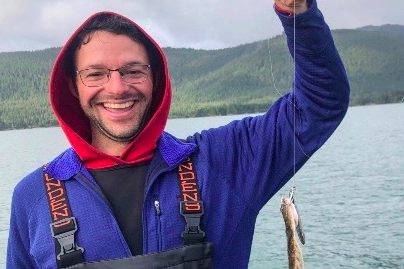 Neil Durco, 33, died after falling into a steep chute during a hunting trip in Cordova, Alaska. He was originally from Pennsylvania and graduated from Easton Area High School in 2004.

An Easton-area native, who relocated to Alaska, was found dead last weekend after a multi-day search to find the man who when missing during a hunting trip.

Neil Durco, 33, disappeared Oct. 7 after leaving his home in Cordova, about 145 miles east of Anchorage, in the southeastern part of the state.

State troopers in Alaska said Durco's body was found by an Army National Guard search crew at the bottom a steep chute, according to the Associated Press. More than 50 people from the community in Cordova had helped search for Durco, who reportedly was hunting on the McKinley Trail and had left home with minimal gear.

A GoFundMe campaign to assist in the search for Durco had raised more than $20,000. The organizers announced that a bonfire vigil will be held in Durco's honor in Blakeslee, Pennsylvania, on Oct. 19.

"Neil liked to celebrate and commemorate everything he could with beer and a bonfire, so that's what we're doing," a Facebook post for the vigil read. "Anyone and everyone who was lucky enough to have their lives touched by the greatest guy ever are invited. It will be potluck, so bring food or snacks if you can. More importantly, bring a growler of beer from your local brewery or a case of craft beer."