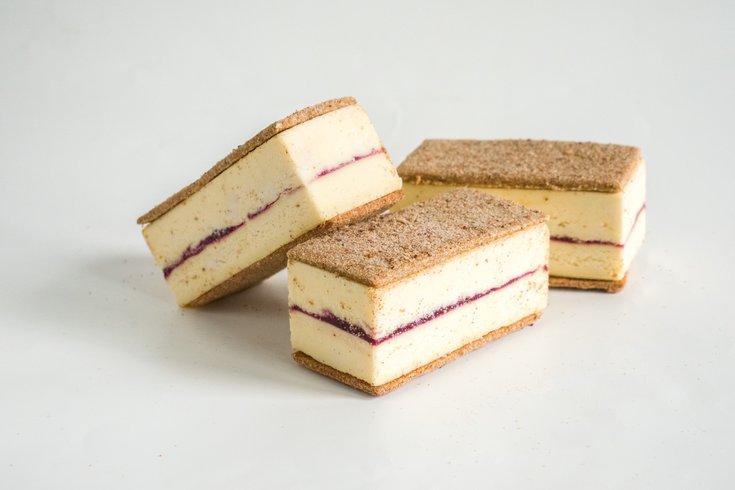 Weckerly's and Pat O’Malley, co-owner and pastry chef of Hungry Pigeon, collaborated on an ice cream sandwich. Try the Pardon Rye French starting Friday, October 18. It will be available for a limited time.

Weckerly's Ice Cream in Fishtown is collaborating with different Philly chefs to create innovative ice cream sandwiches that only will be available for a limited time, with a portion of sales going to The Fund for the School District of Philadelphia.

Weckerly's describes the recipe as "equal measures nostalgia and experimentation."

The ice cream includes rye breadcrumbs from Hungry Pigeon's kitchen, fromage blanc from Birchrun Hills Farm and local grapes. Satinsky also made a cream candy that is scattered throughout the ice cream.

It's sandwiched between a rye bread/shortbread cookie and there's a layer of concord grape jam.

The ice cream sandwich, named Pardon Rye French, will debut at the Weckerly's shop on Friday, Oct. 18, and will only be available for a limited time.

Other collaborations (along with the scheduled released dates of their ice cream sandwiches) include:

"These special flavors are for people who appreciate ingredients and how things are made," Weckerly's says.