Nelson Agholor tries to get through his 'storm,' doesn't know if he'll play Sunday 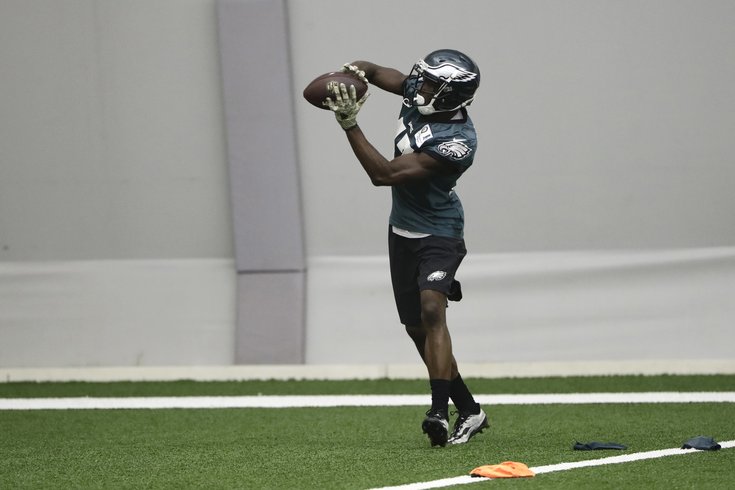 Nelson Agholor gets in some faith and hard work at practice.

Leading up to the Philadelphia Eagles' Week 12 matchup, Nelson Agholor didn't learn until game day that he wouldn't be playing against the Green Bay Packers Monday night. On Thursday of game day this week, he has not yet heard if he will play Sunday against the Cincinnati Bengals.

"I think coach Pederson knows, or he’ll continue evaluate me as practice goes on and then make a decision. It’s my job to make sure that I do my job and look the part so he can let me play," Agholor said.

A week ago, Agholor’s replacements – Bryce Treggs and Paul Turner – combined for three targets, one catch, and 11 yards.

Agholor has faced heavy criticism this season, both from the media and fan base after bad performances the first 10 games of the season. Agholor hopes he can turn the adversity into a positive.

Agholor added that his teammates have been very supportive of him amid his struggles.

"I’m very close with a lot of these guys," said Agholor. "I have great teammates here. The guys on the defensive side of the ball I respect the most at this point right now, because the offensive guys have always been with me. But the love I get from some of the defensive guys – Jordan Hicks is one of those guys, Bennie Logan – all those guys are great people. Stephen Tulloch, a veteran. He’s good. I love all our guys, and just the love and the energy that they give me, I respect and appreciate it."

It feels likely that Agholor will once again suit up for the Eagles this Sunday in Cincinnati. Ideally for Eagles fans, he got in a lot of faith and hard work since the Seattle game.