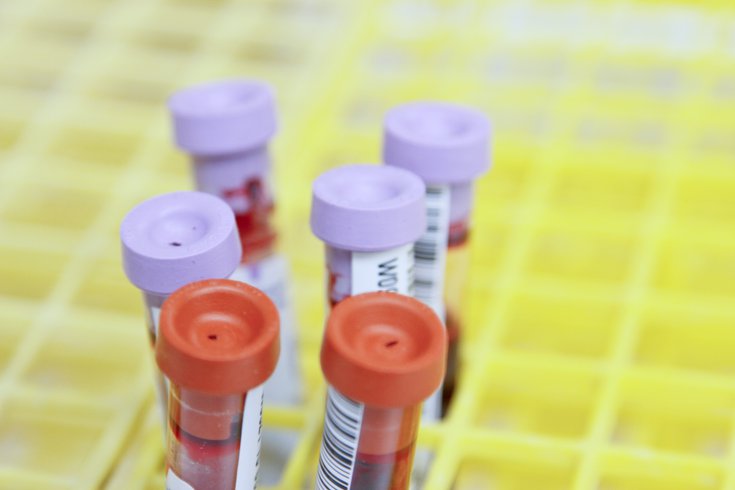 Researchers at the National Cancer Institute are developing a blood test that can determine whether nerve tumors in people with Neurofibromatosis type 1 are cancerous.

Researchers are working to develop a blood test that could determine whether people with a specific genetic disorder have developed cancer.

People with the inherited condition Neurofibromatosis type 1, or NF1, often develop benign tumors along their nerves. Sometimes, those tumors turn into aggressive cancers, but there has not been a non-invasive way to detect that transformation.

The National Cancer Institute's Center for Cancer Research has developed a blood test that researchers believe eventually may serve as an inexpensive and highly sensitive screening method.

NF1 is the most common cancer predisposition syndrome in the world, impacting 1 in 3,000 people globally. The blood test would help detect cancers earlier and allow patients to begin treatment sooner.

"Imagine going through life with a cancer predisposition syndrome like NF1. It's kind of like a ticking bomb," said Dr. Jack F. Shern, a researcher in NCI's pediatric oncology branch. "The doctors are going to be watching for cancerous tumors, and you're going to be watching for them, but you really want to discover that transformation to cancer as early as possible."

Routine blood tests have been used to help detect various cancers over the years, but no single test can accurately diagnose them, according to Medical News Today. Rather, blood tests establish a baseline for a patient's health, and doctors look at them to detect any abnormalities that may point to cancer.

However, clinical trials are studying whether certain blood tests can detect multiple types of cancers. The CancerSEEK assay, the Galleri test and the PanSeer assay have shown high specificity in cancer detection, but more research is needed before they can be used in the general population.

The test developed by NCI researchers aims to detect whether a patient with NF1 has developed a malignant peripheral nerve sheath tumor, or MPNST. The cancer often is resistant to chemotherapy and radiation. About 80% of MPNST patients die within five years.

NF1 is caused by a genetic mutation and is almost always diagnosed in childhood.

Half the people who are diagnosed with NF1 will develop large, benign tumors on nerves, known as plexiform neurofibromas. About 15% of people who develop these tumors will develop MPNST.

Currently, doctors use MRIs, PET scans or biopsies to determine if a plexiform neurofibromas has turned cancerous. But these tests are expensive, time consuming, and not always accurate. The biopsies can be extremely painful because these tumors grow along nerves.

"So we thought, 'what if we developed a simple blood test where instead of a full-body MRI or a fancy PET scan, we could just draw a tube of blood and say whether or not the patient has an MPNST somewhere?'" Shern said.

The researchers collected blood samples from 23 people with NF1 who had plexiform neurofibromas, 14 people with MPNST and 16 healthy people without NF1.

Based on DNA found in the blood samples, the blood test differentiated between benign tumors and MPNST with 86% accuracy. Shern said researchers will launch a larger trial in hopes of bringing the test's accuracy level closer to 100%.

Researchers said the test also may help doctors monitor the way cancer patients respond to treatment. Blood tests from the study's participants with cancer revealed when the size and number of their tumors shrunk.

"You can imagine treating a patient with a chemotherapy regimen," Shern said. "This blood test could easily and rapidly allow us to determine whether the disease is going down or maybe even going away entirely. And if you had done surgery and taken out an MPNST, and the blood test was negative, you could use that to monitor the patient going forward to see if the tumor returns."

The test could be especially helpful in developing countries and other areas that don't have access to medical scanning and biopsy equipment.

"This is the perfect opportunity to apply these technologies where we can use a simple blood test to screen an at-risk population," Shern said. "If the test shows something abnormal, that's when we know to act and go looking for a tumor."