Shane Brolly, 25, had been drinking for hours before the wreck in Bucks County 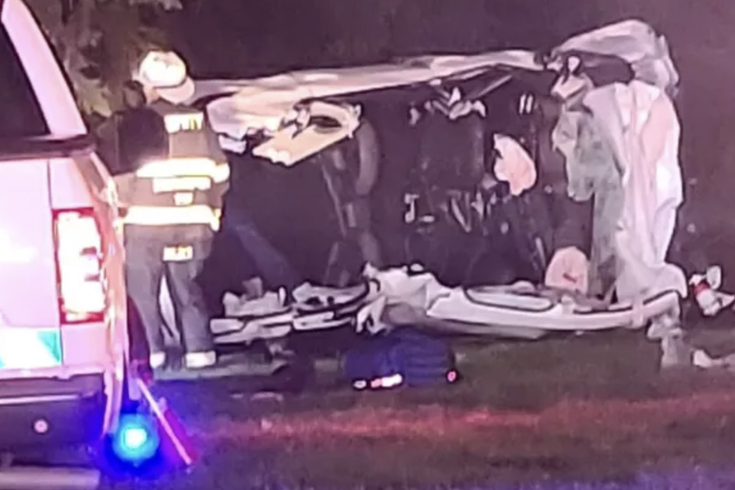 Six people, including four Neshaminy High School students, were seriously injured in a crash involving a drunk driver in Northampton Township, Bucks County on March 27, 2021. Shane Brolly, 25, pleaded guilty to multiple charges in the crash and has been sentenced to 15 to 30 years in state prison. Brolly is a United Kingdom citizen and had prior drunk driving offenses in Northern Ireland stemming from a high-speed police chase.

A man who drove recklessly after a long day of drinking in Philadelphia last year will spend 15 to 30 years in prison for causing the Bucks County crash that left four Neshaminy High School students with devastating injuries.

Shane Brolly, 25, pleaded guilty in January to charges stemming from the March 27 crash in Northampton Township. Brolly had borrowed his cousin's truck and was driving without a license when he crossed into opposing traffic to pass another vehicle, setting off a chain-reaction crash.

Traveling at about 70 mph, Brolly moved from the northbound to the southbound lane along the 300 block of Bridgetown Pike, which is a no-passing zone. He slammed into an oncoming Mazda SUV with four teenage girls inside, who had been celebrating the start of their spring break. The girls' vehicle rolled several times before coming to a stop about 50 feet off the roadway.

The impact sent Brolly's truck back into the northbound lane, where it struck the vehicle he originally had attempted to pass. Crash investigators determined Brolly never hit his brakes and was still accelerating when the collision occurred, authorities said.

Brolly, a native of Northern Ireland, was living in the United States illegally on an expired work visa at the time and had been staying in Philadelphia.

He had a blood-alcohol content of 0.21 at the time of the crash, more than twice the legal limit to drive in Pennsylvania. Investigators determined he had been drinking heavily for several hours before the crash. After the staff at Paddy Whack's Irish Sports Pub in Northeast Philly refused to serve Brolly anymore drinks, he ignored pleas not to drive home from friends and others at the bar.

The crash occurred around 10:10 p.m., approximately 20 minutes after Brolly and a passenger in his truck left the bar.

“You are a lucky man that you are not here facing numerous counts of homicide by vehicle," Common Pleas Judge Jeffrey L. Finley said at Brolly's sentencing on Thursday morning.

The four Neshaminy High girls, all 16 or 17 years old at the time of the crash, were hospitalized for several weeks and had to miss school. One of the victims suffered breaks to bones in her jaw, leg, knee, and wrist along with other injuries. For weeks, she was limited to eating liquefied food through a straw.

She and and her friends told the court on Thursday about the effects the crash still has on their lives. Another passenger said she recently had a fourth surgery to repair her broken leg, which derailed her hopes to play soccer in college or to attend a school away from home.

The girls had spent the day out shopping and were planning to have a sleepover before the crash. They were about five minutes from one of the girls' homes when Brolly's truck struck their SUV head-on.

Brolly's passenger, Eion Quinn, suffered serious internal injuries and multiple abrasions from the seat belt. Brolly was hospitalized with unspecified injuries in the aftermath of the crash.

The three people in the third vehicle were treated at the scene and released.

Neighbors in the area of the crash heard a loud noise and rushed outside, where they heard screams and cries for help coming from the Mazda. One of the neighbors was able to remove the SUV's sunroof to help free three of the girls until emergency personnel arrived to get the fourth girl out of the vehicle. 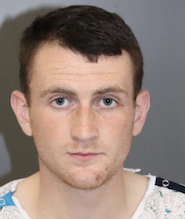 During the investigation, authorities learned Brolly had been arrested for dangerous driving in Northern Ireland in June 2019, when he led authorities on a 16-mile chase at speeds up to 114 mph. The chase ended when Brolly crashed and tried to flee on foot. He pleaded guilty that September and admitted he'd consumed six or seven pints of beer before driving.

Brolly fled to the U.S. to avoid sentencing in the case and had a warrant out for his arrest in his home country while he was living in Philadelphia. His vehicle operator's license from the United Kingdom was suspended and he did not have a valid driver's license in Pennsylvania.

Witnesses told police that Brolly and Quinn had purchased two 12-packs of beer in Montgomery County around 4 p.m. and drank most of them while hitting golf balls at a Philadelphia driving range – five of the 24 beer cans remained unopened in the truck after the crash.

After golf, Brolly drove the two men to a bar in Philadelphia, where they ate lunch and each had at least one beer. Then they headed out to pick up another friend before going to Paddy Whack's. During the drive there, Brolly sideswiped another vehicle and paid the driver $100 not to report the incident, prosecutors said.

Brolly, Quinn and the third person arrived at Paddy Whack's around 7:20 p.m., where Brolly drank another two beers, several shots and mixed drinks, investigators said. Surveillance footage from the bar showed Brolly stumbling and spilling drinks as he walked.

When Paddy Whack's staff cut Brolly off, he became agitated. People tried to calm him down and they asked him not to drive. One woman offered to get Brolly an Uber ride home, and a friend told Brolly he could spend the night at his home, authorities said. But he left anyway.

In addition to the prison time, the judge ordered Brolly to pay restitution of more than $62,000 to the victims for unpaid medical expenses.

In the time since the crash, a GoFundMe campaign for the four Neshaminy High School students has raised more than $150,000 to support their ongoing treatments.