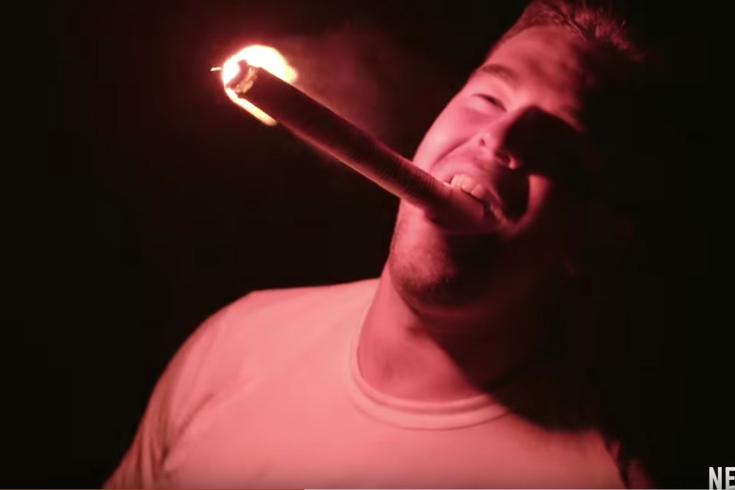 "FYRE: The Greatest Party That Never Happened" will be released on Netflix on Jan. 18.

Netflix just released the trailer for "FYRE: The Greatest Party That Never Happened," a documentary about the disastrous 2017 Fyre Festival, organized by entrepreneur Billy McFarland and rapper Ja Rule.

Originally planned to be a glittering three-day luxury festival in April 2017, attendees were promised a private island in the Bahamas with VIP villas and amenities. It was heavily promoted on social media by models and influencers, such as Bella Hadid and Hailey Baldwin.

Unfortunately, attendees received no such treatment at the sold-out event. The music acts had dropped out. Instead of villas, attendees were given disaster-relief tents. There was no water. The mattresses were left out and had been rained on. After 24 hours of chaos, the attendees were given flights back to Miami but they were stuck and locked in the airport terminal without water while they waited for their plane.

“Fyre really played into this idea of perception versus reality,” Chris Smith, director of "FYRE," told Entertainment Weekly. “They created this amazing facade in their marketing materials, but in the same way that social media is often used to show the best parts of our lives, what was beneath the surface was something entirely different that had very dramatic real-world consequences.”

Smith interviewed the crew in charge of putting the event together as well as a number of the attendees. An interview with McFarland was planned but the director claims the entrepreneur wanted compensation for his interview which Smith didn’t feel comfortable with given the circumstances.

The FBI began investigating McFarland and his associates in May 2017 for fraud, wire fraud, and securities fraud. In July 2018, McFarland pleaded guilty to separate charges in a fraudulent scheme, which included selling fake tickets to events such as Burning Man and the Grammy Awards. McFarland was sentenced to six years in prison on Oct. 11.

"FYRE: The Greatest Party That Never Happened" will be available on Netflix on Jan. 18.