Netflix will limit scenes depicting smoking. Will it affect youth tobacco use?

The streaming giant caught flak for an abundance of tobacco use in its biggest shows, like 'Stranger Things' 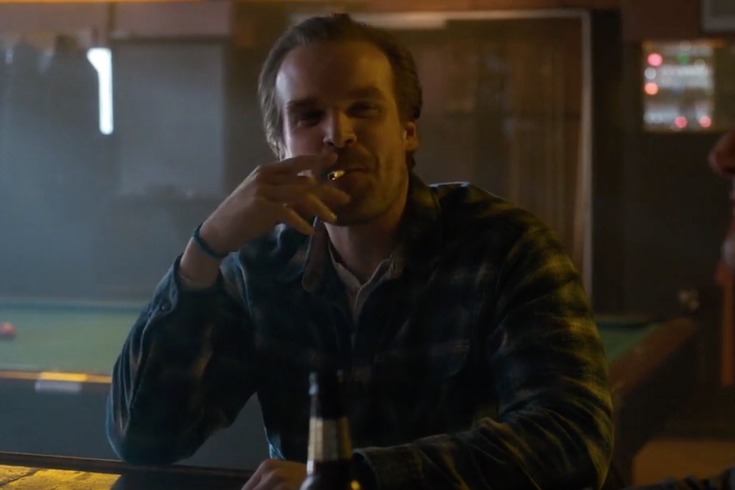 Netflix says it will try to limit scenes depicting smoking in certain movies and television shows after a report showed the streaming service's content is rife with instances of tobacco use.

One of Netflix's most popular original series, "Stranger Things," which just released its third season on July 4, leads the way in depictions of smoking, according to the study: The show included tobacco use in every episode of its first two seasons. Amazon's "The Marvelous Mrs. Maisel" and Hulu's "Gap Year" were also cited as shows with frequent instances of tobacco use.

In a statement to Entertainment Weekly, Netflix said that while it "strongly supports artistic expression", the streaming service is making changes to its programming:

"Going forward, all new projects that we commission with ratings of TV-14 or below for series or PG-13 or below for films, will be smoking and e-cigarette free — except for reasons of historical or factual accuracy. For new projects with higher ratings, there’ll be no smoking or e-cigarettes unless it’s essential to the creative vision of the artist or because it’s character-defining (historically or culturally important). In addition, starting later this year, smoking information will be included as part of our ratings on the Netflix service so our members can make informed choices about what they watch."

According to a 2009 study from Dartmouth College researchers, Netflix's decision could have real, tangible results in the long-term.

The study – "Does Watching Smoking in Movies Promote Teenage Smoking?" – found that movies are a "casual" factor in youth smoking, after a 2003 study in The Lancet on the same relationship concluded that there is "strong evidence that viewing smoking in movies promotes smoking initiation among adolescents."

The question also brings to mind the debate about proclivity toward violence among children who play violent video games. One Pennsylvania lawmaker, State Rep. Christopher B. Quinn, R-168th, has been trying for nearly a year to add a tax to video games rated "mature," while citing a study that drew connections between recent school shootings and violent video games. The very same study, however, noted there was "no clear evidence" to support the assumption that video games lead to violence, and the relationship between the two remains relatively unclear.

Studies about the influence of movie-centered smoking, however, seem more indicative of a correlation, as the results have remained consistent over multiple studies.

This isn't the first time the Truth Initiative sparked controversy over Netflix's smoking depictions. The 2018 edition of the study led to a similar media-wide discussion about tobacco use in its programming, but a company spokesperson said at the time that Netflix was "interested to find more about the study" before making a decision.

Ultimately, one year proved to be enough time for Netflix to pick a side.