Now you can see all those stunning costumes in person 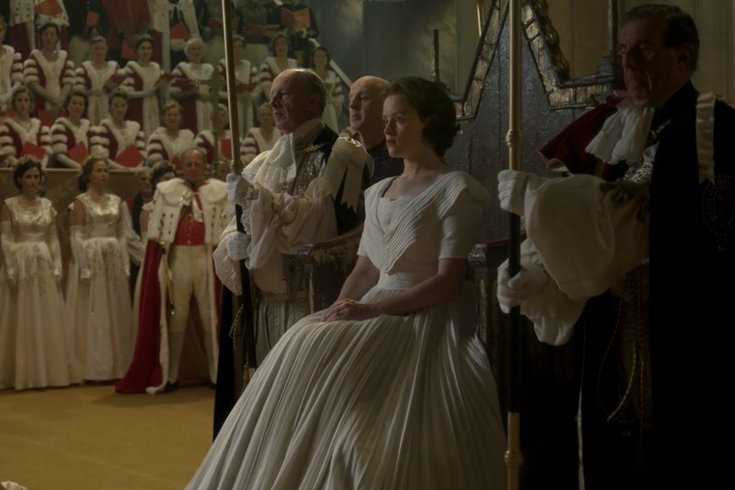 Claire Foy as Queen Elizabeth II on Netflix's "The Crown."

Though the countdown is on for the third season of Netflix's "The Crown," along with its brand-new cast, Delaware's Winterthur Museum is first giving us a chance to look back at one of the show's most alluring facets so far: the costumes.

The outfits worn by Claire Foy as Queen Elizabeth II in seasons 1 and 2 of the drama capture the distinct place and time of the monarch's early days, earning the show the Golden Globe for Outstanding Period Costumes for two consecutive years. Now Foy's costumes, as well as those worn by the rest of the cast, will be on display throughout the next year at Winterthur.

The museum will have a total of 40 costumes on display, including Queen Elizabeth's coronation outfit, Princess Margaret's wedding dress, and the titular crowns and tiaras.

The exhibit, "Costuming the Crown," officially kicks off next month, on March 30, and lasts until Jan. 5, 2020 – plenty of time to plan a day trip there (and hopefully see the new season drop).

The exhibit will be divided into four sections: "Establishing Roles," "Dressing the Part," Creating the Character," and "Capturing the Image." Each will illustrate the costumers' thought processes as they built the world through clothes, as well as insight to real-life historical context behind some of the show's biggest looks.

Tickets to the museum are $20, and tickets for the exhibit are on sale now.