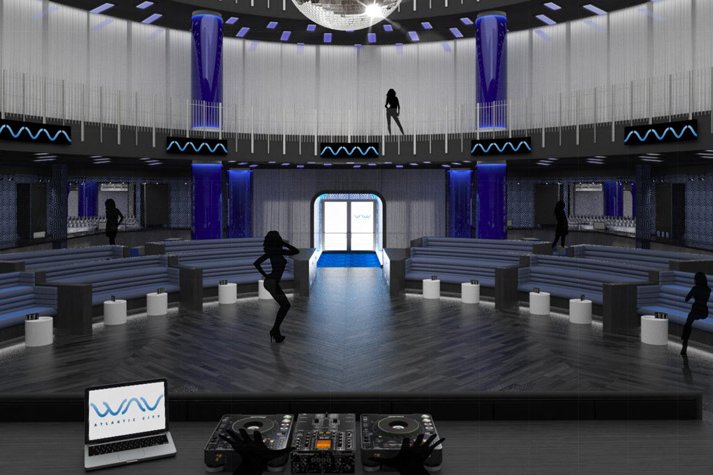 A rendering of the new WAV nightclub at Playground Pier in Atlantic City.

The new nightclub coming to Playground Pier at Caesars in Atlantic City has announced an April opening. WAV, a live music and entertainment venue, is headed to the waterfront this spring.

WAV's opening comes after a successful New Year's Eve shindig at the Playground, when 3,500 visitors partied on the Bart Blatstein-developed pier.