New Coke is coming back in honor of 'Stranger Things' 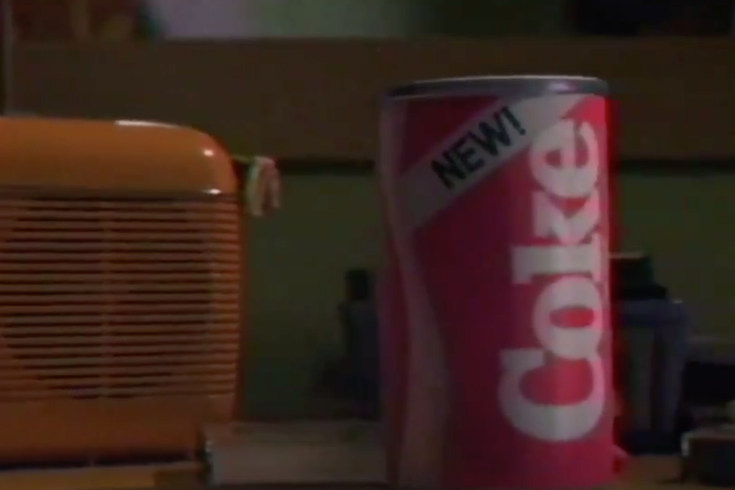 Thanks to Netflix's popular sci-fi show, 'Stranger Things,' New Coke is coming back, 34 years after its initial release in 1985.

In honor of "Stranger Things" releasing the most tubular '80s season ever on July 4, Coca-Cola has announced its re-releasing its widely hated rebranding disaster, New Coke.

The soda will be featured in the upcoming season of the Netflix hit. Season 3 of "Stranger Things" is set in the summer of 1985, the same year New Coke was launched, and the show's creators, Matt and Ross Duffer, have incorporated it into the series.

After Coca-Cola and Netflix partnered up, the beverage company had to dig up its old ill-conceived recipe. If you don't remember New Coke, it was known as one of the worst moments in marketing history.

Way back when in the summer of 1985, Coca-Cola Co. decided to reformulate its existing Coke recipe to create something a bit sweeter. It was advertised as having a "great new taste" and being "better than ever."

If someone told you in 1985 that New Coke would be doing better than Bill Cosby in 2019, you would’ve laughed and laughed... pic.twitter.com/6KTeOoIwQK

But Coke drinkers did not agree. Outrage ensued, and within 79 days of the product's release, the company dropped New Coke and brought back the original "classic" Coke.

New Coke returned in the '90s, rebranded as Coke II, but it didn't last long  By 2002, Coca-Cola dropped the formula, again.

Coca-Cola will only be releasing 500,000 cases of New Coke. If for some reason you just so happen to be a fan, you may want to get it quickly as they may run out fast. The product will be available to purchase on the company's website.

Everyone: I don’t think Stranger Things can get any more 80’s.
Stranger Things: Hold my New Coke… #StrangerThings3 #Enjoy pic.twitter.com/xnCGY1dkrQ