Seniors, people with medical conditions can register for a coronavirus shot on a state website 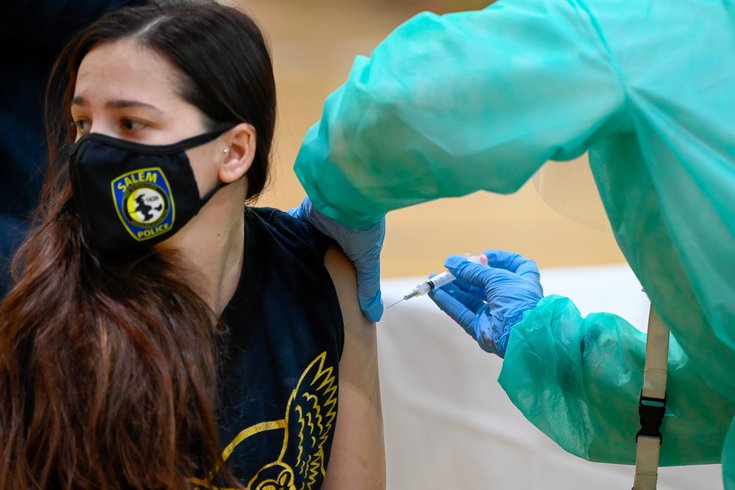 The Trump administration is advising states to open COVID-19 vaccines to seniors age 65 or older and people with medical conditions. New Jersey is adopting the recommendation.

New Jersey has expanded COVID-19 vaccine eligibility to include seniors age 65 or older and people ages 16-64 with pre-existing health conditions that increase the likelihood of severe illness.

The expanded pool, which takes effect Thursday, is in accordance with new federal vaccination guidelines.

People are asked to register for a vaccine by using the state's website. Those who are deemed eligible will receive an email asking them to schedule an appointment at a vaccination site. All vaccines are being administered by appointment to avoid long lines.

Recipients will not be required to provide documentation showing evidence of their ages or medical conditions.

More than 1.2 million residents already have registered to receive a COVID-19 vaccine.

"Our vaccination program is ramping up and we're prepared for this task," Gov. Phil Murphy said Wednesday.

Pennsylvania also is expected to adopt the new federal guidelines, though a specific timeline has not been given. The state was planning to include seniors age 75 or older and various essential workers in its next eligibility expansion.

State Health Secretary Dr. Rachel Levine said Tuesday that officials would review the guidance and then seek to implement it.

"We want to see the whole plan as they're rolling it out," Levine said during a news conference. "We will study that, look at the impact on Pennsylvania, and follow the federal guidance."

Philadelphia officials, who are implementing a rollout separate from the state, have not said whether they will adhere to the federal recommendations. The city is planning to expand eligibility to various essential workers later this month.

The new vaccination guidelines, introduced Tuesday, urge states to use all available COVID-19 vaccine doses rather than hold some in reserve. Federal health officials say production is sufficient to ensure that requisite booster shots can be administered on schedule.

"That depends upon their granular knowledge of the supply chain, which the states don't have, that that vaccine will be there for the second dose at the right time," Levine said.

The Pfizer vaccine requires a booster be given three weeks after the first shot. The second dose of the Moderna vaccine is given four weeks later.

Federal health officials are hopeful that releasing more doses will speed up a vaccination rollout that has fallen behind schedule.

More than nine million Americans have received their first dose of a COVID-19 vaccine, according to the Centers for Disease Control and Prevention. But that number was expected to have reached 20 million by the end of December.

More than 264,000 New Jersey residents and 342,000 Pennsylvanians have received at least one COVID-19 vaccine dose, according to state databases. Both states have prioritized health care workers and nursing home staffers and residents.

"We expect this number to grow quickly over the coming weeks as we ramp up our vaccination program," Murphy said.