States should use all doses because production is sufficient to ensure second shots without holding reserves, HHS secretary says 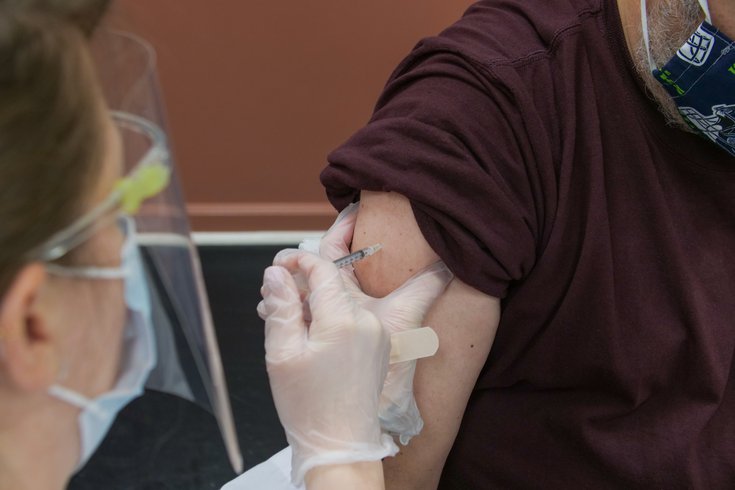 Federal health officials are hopeful that releasing more COVID-19 vaccine doses to the general public could bring the U.S. closer to herd immunity and ending the pandemic.

The Trump administration is making sweeping changes to its COVID-19 vaccine protocols in an effort to expedite a rollout that has fallen behind schedule.

The guidelines also will direct states to release all available vaccine doses, rather than holding some in reserve. Vaccine production capabilities are now sufficient to guarantee a timely booster shot without holding supplies in reserve, Azar said.

"We had been holding back second doses as a safety stock," Azar said. "We now believe that our manufacturing is predictable enough that we can ensure second doses are available for people from ongoing production, so everything is now available to our states and our health care providers."

The decision to revise vaccine recommendations comes as Operation Warp Speed, the entity tasked with developing and distributing a coronavirus vaccine, faces criticism for a slow rollout.

Federal health officials are hopeful that releasing more COVID-19 vaccine doses will bring the U.S. closer to herd immunity and ending the pandemic. They are confident that the vaccine supply will rapidly increase, ensuring recipients receive their booster shots as scheduled.

Though federal agencies issue guidelines for vaccine distribution, states have the authority to roll out vaccines as they see fit. Most have prioritized health care workers and nursing home staffers and residents — as initially recommended by the U.S. Centers for Disease Control and Prevention.

Florida and Texas already have made seniors and some people with pre-existing medical conditions eligible for a COVID-19 vaccine. Pennsylvania and New Jersey have not opened eligibility to those groups, though New Jersey is now vaccinating law enforcement officers and other first responders.

The new federal plan is similar to one endorsed by President-elect Joe Biden, who pledged to release all available doses when he takes office next week, according to CNN.

The two vaccines available each require a second dose to be considered fully effective.

The Pfizer vaccine requires a booster be given three weeks after the first shot. The second dose of the Moderna vaccine is given four weeks later.

About nine million Americans have received their first dose of a COVID-19 vaccine, according to the CDC. More than 25 million doses have been distributed so far by the federal government.

More than 285,000 Pennsylvania and 214,000 New Jersey residents have received at least one dose, according to the states' databases.