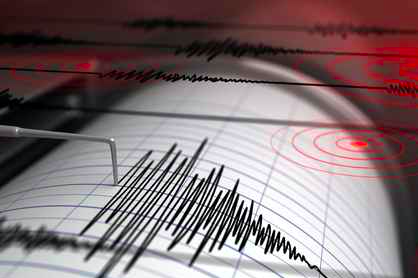 An earthquake was detected in a New Jersey community for the second time this week.

A 1.0 magnitude earthquake, about 11.5 kilometers below the ground, was registered just outside of Morristown around 8:05 a.m. Saturday, the U.S. Geological Survey reported.

Police did not field any calls from residents about the earthquake, NJ.com reported.

The minor quake follows a 1.7 magnitude earthquake detected about a mile west of Morristown on Monday night. The USGS received 170 "Did you feel it?" responses on its website for that quake.

Some residents called police and reported hearing a loud boom that night, but nobody requested assistance, the Morristown Patch reported.

Until this week, 2017 had been a relatively quiet year for earthquakes in North Jersey. The region recorded 16 quakes last year, according to NorthJersey.com.