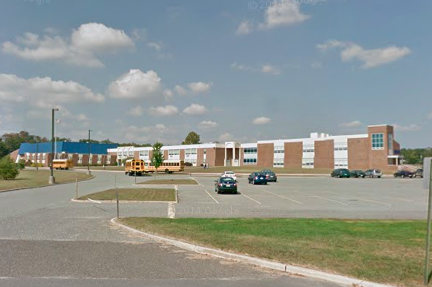 Alan Maloney, the referee who received internet infamy last year for forcing a black teen from Buena Regional High School (shown above) to cut off his dreadlocks before a wrestling match, has been banned from refereeing N.J. wrestling matches for two years.

The New Jersey high school referee who received internet infamy last year for forcing a black teen to cut off his dreadlocks before a wrestling match has been banned from refereeing N.J. wrestling matches for two years.

The incident in question occurred last December, when referee Alan Maloney -- who, according to NJ.com has a "racist history" during his time as a ref -- forced Andrew Johnson, then 16 years old, of Buena Regional High School in Atlantic County to cut his hair moments before a match. Maloney told Johnson, who reportedly had planned to wear a hair cover, that he would have to cut his hair or forfeit the match, and Johnson chose the haircut.

Maloney was accused of racially profiling Johnson and faced nationwide viral backlash, which led to the DCR investigation.

“Student athletes should be able to compete with each other on a level playing field,” Grewal said in a release Wednesday. “Racial discrimination in the enforcement of the rules of any sport is inconsistent with the spirit of fair play. The Division on Civil Rights’ action today makes it less likely that any student athlete will have to endure discrimination that not only undermines fair competition but also violates our state laws.”

.@NJSIAA will suspend the referee involved in the incident & ensure that officials & staff involved in HS sports are trained on implicit bias. As a rising tide of hate threatens our values, we thank NJSIAA for their help in ensuring equal treatment for all students athletes.

According to Grewal, the DCR and the New Jersey State Interscholastic Athletic Association (NJSIAA) reached an agreement at the conclusion of the investigation which will train referees, in person, about the history of hair style-based discrimination.

People of color, and specifically black people, have a long, documented history of battling for acceptance of hairstyles, from specific styles, like dreadlocks, which are often negatively associated with black people, to natural hair.

The agreement between the DCR and the NJSIAA also puts in place plans for implicit bias training for all high school sports officials in New Jersey by the end of the 2020-2021 school year, according to Grewal.