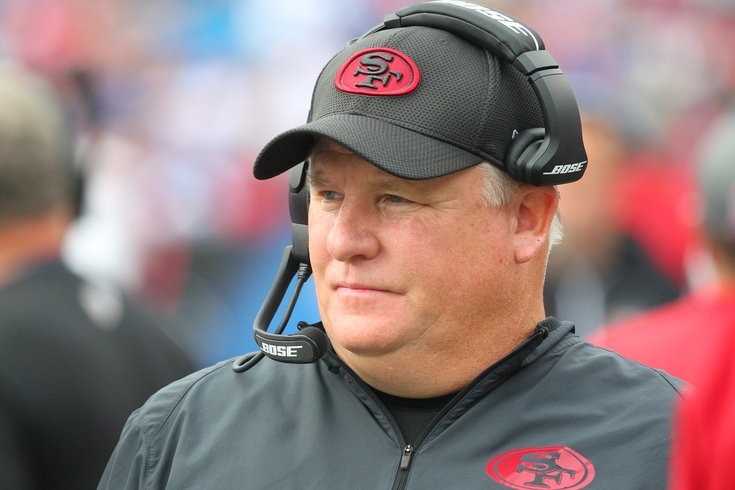 Chip Kelly could be one-and-done in San Francisco.

After taking a week off from the Hierarchy/Obituary series, we're back this week, and we have our first two NFC obituaries of the 2016 NFL season. Let's get right to it. 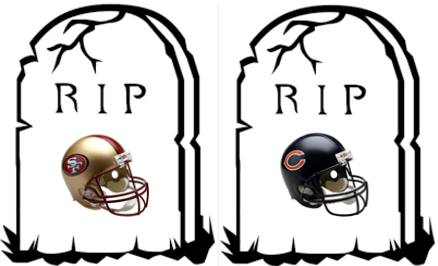 Just like it did in Philadelphia, the Chip Kelly era got off to a bang in San Francisco, when the 49ers pounded the Rams 28-0 Week 1. They've now lost five straight games, looking much more like the team most expected before the season began.

Here are the Niners' offensive ranks through the first six games.

The Niners are very likely going to be drafting the top five in the 2017 NFL Draft, with a chance to find a franchise quarterback. They should blow it up. Get a new GM, a new coach, a new staff, a new quarterback, and start over. Trying to groom a a rookie quarterback running Chip Kelly's six-play offense is going to be nothing more than a colossal waste of time.

Heading into their matchup with the Bears last Sunday, the Jacksonville Jaguars were 6-37 in their last 43 road games. The Bears lost. Like the Niners above, the Bears should probably just blow it all up and build around a new coach and quarterback.

We all saw how bad this team is when the Eagles faced them Week 2, right? So we can just move on? Good? Good.

What the hell happened here? This team reminds me a little of the 2005 Eagles, minus Terrell Owens doing sit-ups in the driveway. The Panthers have now been 40-burgered twice by NFC South opponents, and are 0-3 in divisional games. FiveThirtyEight.com says the Panthers have a nine percent chance of making the playoffs, just six weeks into a season after they were the favorites in the Super Bowl.

The Buccaneers have the worst point differential in the NFC and have scored the fewest points in the NFL. Yet, they're really not in terrible shape. They're 2-0 in their division, and they have a chance to get back to .500 when they head to San Francisco this week to take on the walking dead 49ers.

The Saints have given up 72 points over their last two games, and won them both. They're one of the few teams that can do that. But still, my God, that defense.

This week the Giants will play the Rams in London. Hey wait, didn't the Giants play in London in 2007 as the away team? And didn't they have a "road" game in East Rutherford in 2005 against the Saints after Hurricane Katrina? They should probably be the home team this year in London, right?

Oh, they're the road team again? 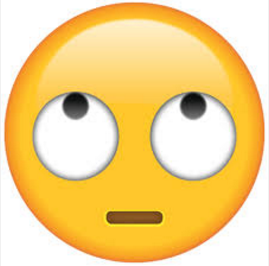 Rams commentary so far this season:

• Win three straight, including a road win in Seattle: "Hey, maybe they're good."

• Lose two straight to the Bills and Lions. "Oops, no, they're not."

Oh, wait, this is pretty much Rams commentary every year, and then they go 7-9 and Jeff Fisher gets another 10-year contract extension.

How are the Lions winning? Well, they have a hot quarterback. Here are Matthew Stafford's numbers the last two games against attack-style defenses:

The rest of the NFC East hopes he saved some of that for the Redskins this week.

The Eagles' next six opponents are as follows:

That would be a combined winning percentage of .727.

Aaron Rodgers no longer looks like the best football player on the planet.

The Cardinals started the season 1-3, and looked very unimpressive after a year in which they were the only team in the NFL to finish in the top five in both total offense and total defense.

After getting back to .500, but the Cardinals appear to have that same offensive-defensive balance. Here's a look at teams' yardage differential through the first six weeks of the season (data via sportingcharts.com):

The Cards are right back in the hunt.

Carson Wentz does not own the Eagles yet. Kirk Cousins does.

The Falcons got jobbed last Sunday in Seattle. On 4th and 10 from their own 25, Matt Ryan heaved a deep pass down the middle of the field to Julio Jones, who was very clearly interfered with by Richard Sherman.

That should have been pass interference, and the Falcons ball at the Seahawks 37 or so yard line, where Atlanta would have been in good position to gain more yards and kick a game-winning field goal.

At least the officials knew which team was on offense and defense. Probably.

In previous seasons, this team has always been top-heavy, with the threat of major failure if a star player or two got hurt because of a lack of depth. This year, the Cowboys are winning without Tony Romo, Dez Bryant, and (for two games, anyway) Tyron Smith.

Of course, they face a huge decision soon when Romo will once again be healthy. Do they stick with Dak Prescott or go back to Romo? In theory, it's a good problem to have, and a decision that confident organizations don't mind making. The only real downside is the fear of picking the wrong guy, which is clearly Romo.

The Seahawks' win over the Falcons last Sunday was referee-aided, as noted above. Still, they're sitting pretty with a 1.5 game lead in the NFC West, with an opportunity to put some serious early distance between themselves and the Cardinals on Sunday night this week, as Seattle heads to Arizona. That is a huge game, obviously.

It seems like every year the Seahawks have an early season funk, and in some ways that was no different this year, except they have escaped it with a 4-1 record.

Look who's coming back!

The Vikings will be the first of three consecutive opponents the Eagles will face who are coming off their bye.