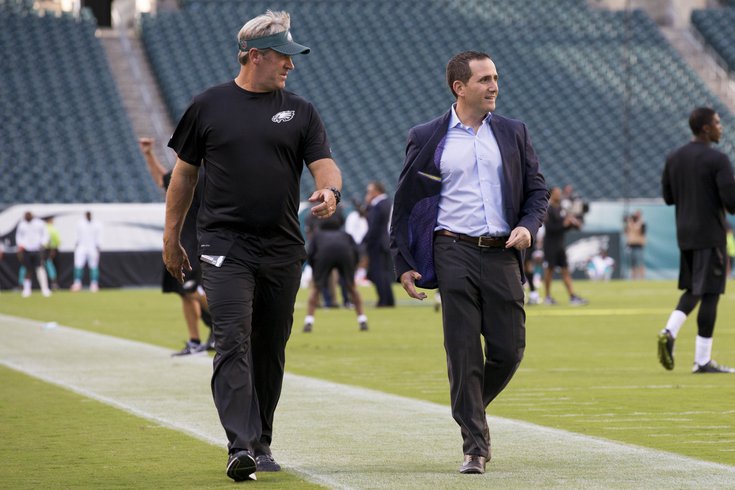 Until someone says otherwise, the NFL is moving full steam ahead with its business (non game-related) stretch of the year.

Early this morning, the players agreed on a new CBA that would extend the season to a 17th game and the playoffs to a 13th and 14th team.

Ahead of Monday's "legal tampering" period, and Wednesday's new league year (the time during which free agents can sign contracts with new teams), a lot of news seems to be streaming in from NFL circles.

The biggest headline came Sunday around noon, when the Jaguars agreed to trade Pro Bowl defensive tackle Calais Campbell to the Ravens for a fifth round pick. Other moves will surely come, while teams try and prepare for the madness to follow in the week ahead.

The Ravens are trading the Jaguars a 2020 fifth-round pick that they acquired from the Vikings for their back-up kicker who was cut three weeks later by Minnesota. They are receiving Calais Campbell.

We'll get you prepared too, with our NFL free agency live streaming open thread below: