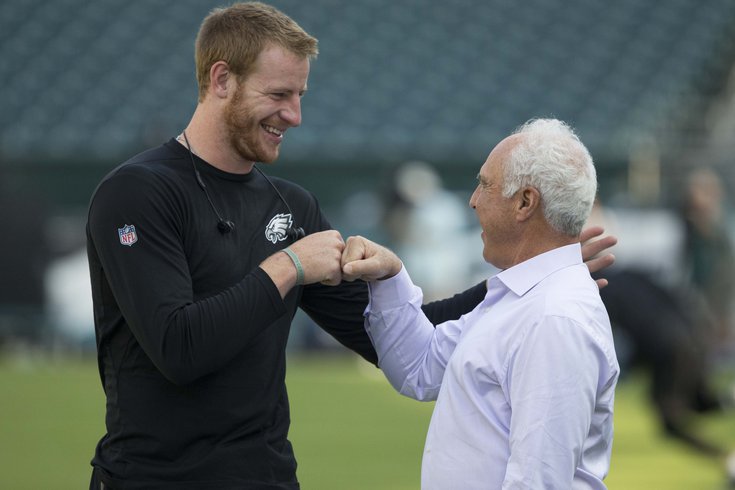 NFL players and owners will have labor peace for the next 10 years.

The NFL Players Association announced on Sunday that they have voted to ratify a new collective bargaining agreement proposed by the NFL's owners. It ended up being a closer vote than anticipated:

Our statement on the CBA vote: pic.twitter.com/3pXydLLQ9c

The biggest changes going forward will be that the NFL will move to a 17-game schedule (to be determined how soon that will occur), as well as a 14-team playoff system (7 teams per conference). In return, the players will be given a larger slice of the revenue pie, which will lead to a significant rise in the salary cap.

The NFL will now have "labor peace" for the next 10 years.

In terms of the immediate impact this will have on the Philadelphia Eagles, presumably this new CBA will once again allow for players to be released with a June 1 designation. With such a designation, the Eagles will be able to release wide receiver Alshon Jeffery and spread the resulting $26 million in dead money over two years, lessening the impact on their 2020 cap.

The next order of business for the NFL and the NFLPA will be whether or not the start of the new league year (and in turn, free agency) will be delayed as a result of the coronavirus outbreak.

UPDATE: The new CBA will indeed (reportedly) include June 1 designations.