Officer Brian Sicknick, originally from New Jersey, was sprayed with a chemical irritant during the Jan. 6, pro-Trump insurrection 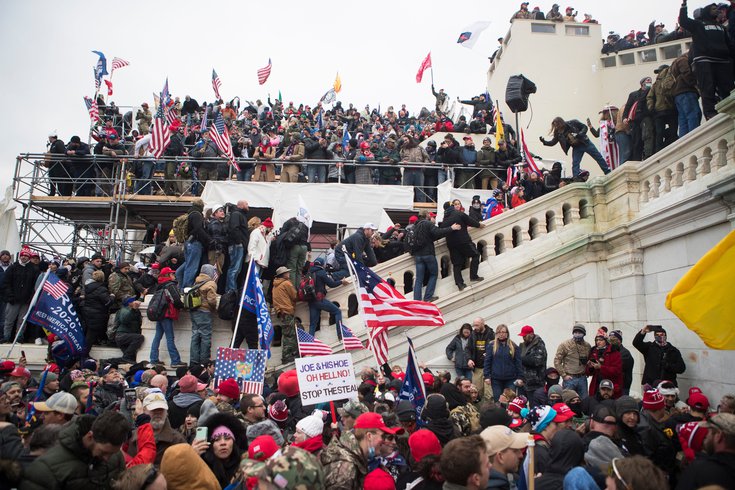 Federal investigators identified a suspect from video footage of the Jan. 6 attack on the U.S. Capitol who may have been responsible for the death of Capitol Police Officer Brian Sicknick.

Sicknick, a 42-year-old from South River, New Jersey, died after the riot at the Capitol and investigators have struggled to determine his exact cause of death and whether someone could be criminally charged in connection to it.

Investigators say video footage appears to show someone spraying a chemical irritant like bear spray at Sicknick and other law enforcement personnel, The New York Times reported. The video also showed the potential assailant talking about spraying the officers with bear spray beforehand.

The FBI has not yet released the name of the alleged attacker, and it's likely they will charge them with assault instead of murder, based on the video evidence, officials say.

Bear spray, pepper spray and mace are classified as nonlethal, though they can cause reactions to people with underlying conditions, as well as disorientation.

The day of the riot, officers were heard screaming over police audio from the attack that members of the mob were spraying bear spray at them, CNN reported.

Capitol Police Officer Eugene Goodman told Republican Senator Mitt Romney that "he had to breathe a lot of bear spray and tear gas and that he was nauseated," Romney said to reporters earlier this month.

Sicknick's autopsy and toxicology reports have not been released to the public, which is rare, the Washington Post reported. The Capitol Police said in a statement following his death he died "due to injuries sustained while on duty."

"We are awaiting the toxicology results and continue to work with other government agencies regarding the death investigation," Capitol Police said Friday in a statement.

Officials initially said Sicknick was struck with a fire extinguisher and thought he may have died of blunt force trauma. However, after further investigation, they said it was not the cause of his death.

The FBI released screenshots of people visible in the video over the past month in the hopes of identifying them.

So far, more than 300 people have been charged in connection with the pro-Trump attack at the Capitol last month, Acting deputy attorney general John Carlin said.

More than 100 police officers were injured in the riot — 15 of which required hospitalization.